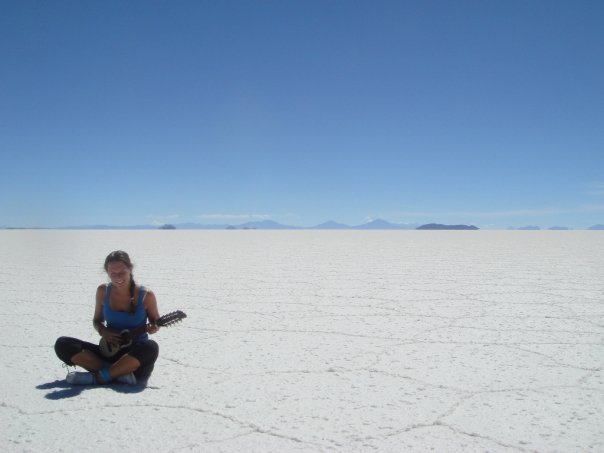 Today deserves a throwback to when I once sat down and played my charango in the Bolivian salt flats, while backpacking on my own around the continent.

A trip with constant beautiful moments that shaped me immensely as a person. Months of voluntary uncertainty and complete immersion into a “going with the flow” lifestyle – where only intuition and vibe got to decide where to go next, and all sorts of people were trusted and welcomed into my reality. A time of release from all of the world’s “You should” and full focus on “Who am I and what makes me happy?”

I discovered that things work themselves out magically if you are proactive enough. I discovered that most people can be trusted. I discovered that the reasons for appreciation and happiness are infinite. And I immersed myself into listening and storytelling, photography and human rights – and found that I could combine the things I love to be truly happy with what people refer to as “work“.

So, here I am, 7 years later, gradually changing priorities as I grow and learn – but still refusing to be thrown off track from what “makes me happy” and still not letting any of the “you should” decide things for me.

Thanks for that, Bolivia and friends.

I haven’t published most of these photos here before.

It’s from when I had just defended my Bachelor thesis and decided that it was time to pack my bags and leave all forms of comfort, safety and routine behind. I landed in Buenos Aires all by myself, 21 years old, on a January afternoon, equipped with the Lonely Planet and a very curious mind, and started a trip that would always come to influence my priorities, values and perspectives.

All the interesting people I met on the way, the amount of amazement and thrill I experienced, all the time I spent contemplating and the things I learnt about myself became the foundation of my adult personality. I trusted many strangers that became my friends, learnt how to play the charango, jumped from an airplane, celebrated my birthday with an entire hostel, bought strange clothes, enjoyed the little things, worked as a sound technician, burnt my skin in the sun, travelled with clowns, went to the desert, took care of people, swam with dolphins in the amazon river, discussed important matters, climbed a volcano, spent a total of 212 hours in buses, and allowed myself to fall in love. But the three most important things I brought with me from these four months in six different countries in South America, was the ability to trust my instincts, relax my mind and be genuinely happy. That’s just some nonsense that I wrote when I had just come back from Ihla Grande. I went there in 2008 for only two days with a friend I had just met in Rio. The island, just off the coast from the city, proved to be a paradise. An absolutely stunning place.

But the best part of our brief stay at Ihla Grande weren’t the never ending white beaches, the colourful fish, the crystal clear water, or the wild monkeys in the jungle. It was the evening, when we sat in a room in a guest house where we seemed to be the only guests. We were playing mind games and “what would you choose, if you really had to choose?” games until we got stuck on animals, and on deciding whether it would be more great to be a dolphin or a falcon. The debate literally took us hours. Until we finally agreed on the fact that a falphin probably is the best animal one could be. 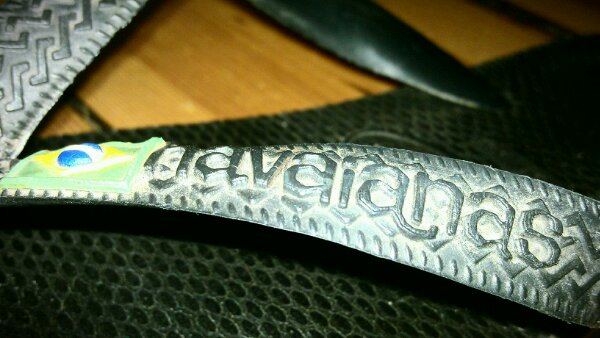 I bought my black classic havaianas when I was in Brazil in 2008. I remember it felt wrong to pay almost 5€ for a pair of flip flops when I knew I could get a pair for one fifth of that, but I really liked how simple they were and everything else seemed to either have colourful glitter on it or look like bad havaiana copies.

So I bought the original ones. And then I walked. Through Brazil. Through Bolivia and all the way to Lima in Peru. And when I was working at the World Expo in Spain some months later I had to mark the soles with nail polish because a girl I was living with had a pair looking almost the same.. Later I wore them in the South of China where it wasn’t too cold. And they officially survived all of 2008.

The next year they went with me for a month around the Balkans and in 2010 I walked Israel and Palestine.. damn, they even survived dusty and hot India. 2011 was easy. Citybrowsing and beach hangout in Barcelona followed by being only the “going to the shower” footwear here in Copenhagen. And still, they look just as they did the day I bought them, you really can’t see how much they have had to endure except for some sand in between the letters in the logo, and some nailpolish on the soles.

Now it’s 2012 with some serious adventure walking coming up, the havaianas are a mandatory part of my luggage – and I can’t believe I ever hesitated. 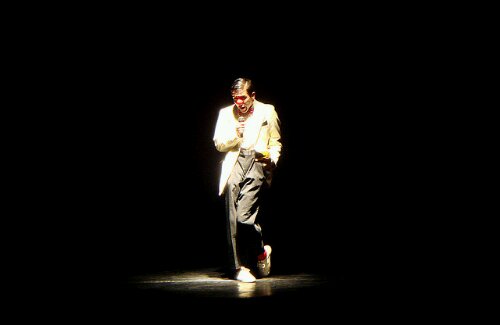 In the end of my trip around South America in 2008, I teamed up with a Chilean theatre company that was touring Bolivia and Peru. They were setting up their show for free, inviting less privileged children and families to share the art of clown and comedy with them. By printing posters, spreading the word and simply inviting people directly from the street, beautiful venues would be filled with people of all ages that normally wouldn’t visit, or never had been in a theatre. They wanted to share smiles, they said. Because all children deserve to experience clown at some point. Also, this was not the circus kind of clown, it was the mime kind of clown that plays on the art of communicating emotions to the audience using carefully directed body language and dynamic improvisation. Without words. Accompanied only by sound effects and the direct feedback from the audience. It was a great show.

At one point, shortly after I had met the group, the sound technician had to go back home. There, in Peru, I suddenly had a job, controlling the sound and lights for a one hour clown performance. I had seen the show once before and I was guided through the acts in terms of: “when I put my hand up, the lights fade to red and this track starts, ok?” that was kind of it. With my notes and vague understanding of sound controls I was completely in charge. And it was just insanely exciting and fun.

I discovered The Jazz Samba disc by Stan Getz and Charlie Byrd many years ago. With this experience, however, it now has a priceless nostalgic value that strikes me every time my iPod shuffles to it. At the minute 9:27 in the video above, “O pato” starts. This was the song that was used between the acts and in the intermission. I must have heard it hundreds of times over without ever getting tired of it. And today it reminds me of how simple and beautiful things can be.

Working as a sound technician and travelling with clowns was a time of contemplation, where I learnt to accept that happiness and having fun is all that actually matters in the end. No matter what they tell you.