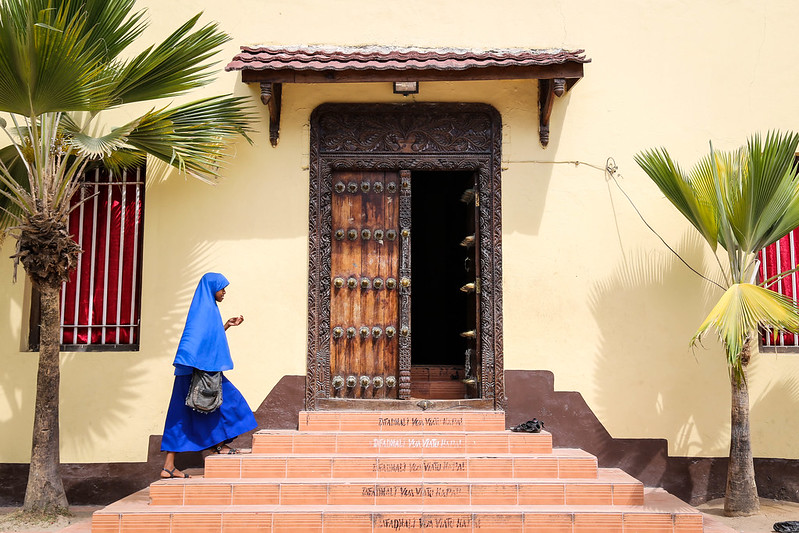 Elaborately carved and grand – the unmissable wooden doors in Zanzibar’s Stone Town are the main manifest of the city’s cultural roots – a beautiful mix of Swahili, Arab and Indian patterns that tell stories about the residents’ social status, religion, heritage and even profession.

While walking around town, several people wanted to tell us the particular story behind their family door, all coded into the design – pride passed on through generations. Wave-like patterns were a sign of the owner’s role in seaborne trade, vines about spice-trade, and flowers at the top of the door were an indication of how many families used to live in the building. Chains were supposed to protect the building from evil spirits, or – maybe related – mark the houses of slave owners.

Then of course there are the brass studs. These are from India where brass studs were used to protect against elephants and while there aren’t any elephants on Zanzibar, the studs were still considered beautiful and showcased the wealth of the resident. Arab doors are the most detailed ones, often decorated with Arabic inscriptions and Quran phrases on the top frame, while Swahili doors are more simple – square, modest and without fancy decorations.

Can you tell which door is which kind? Enjoy the details. 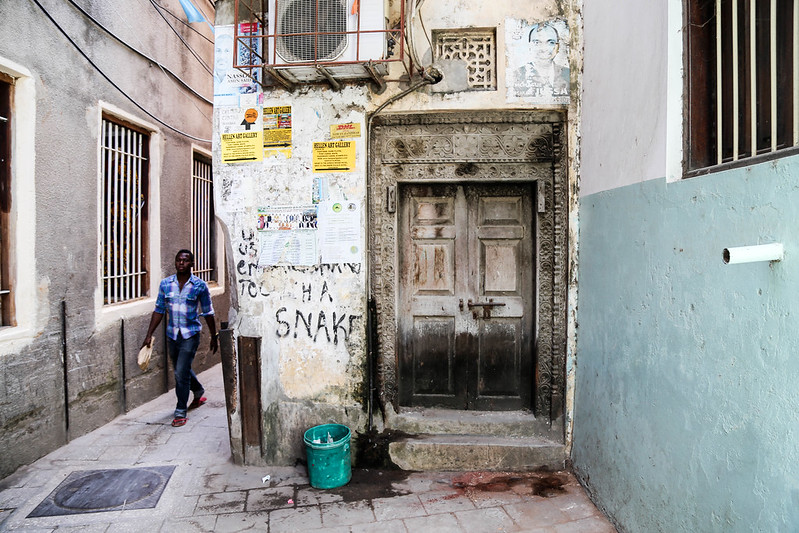 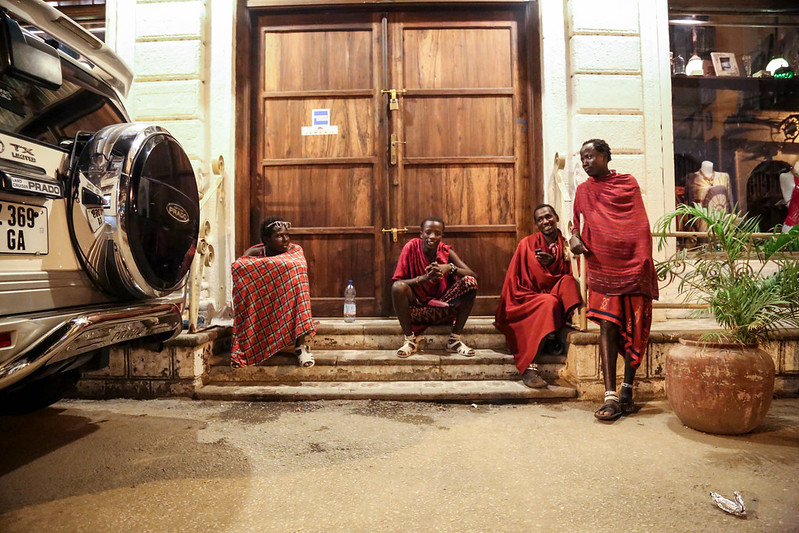 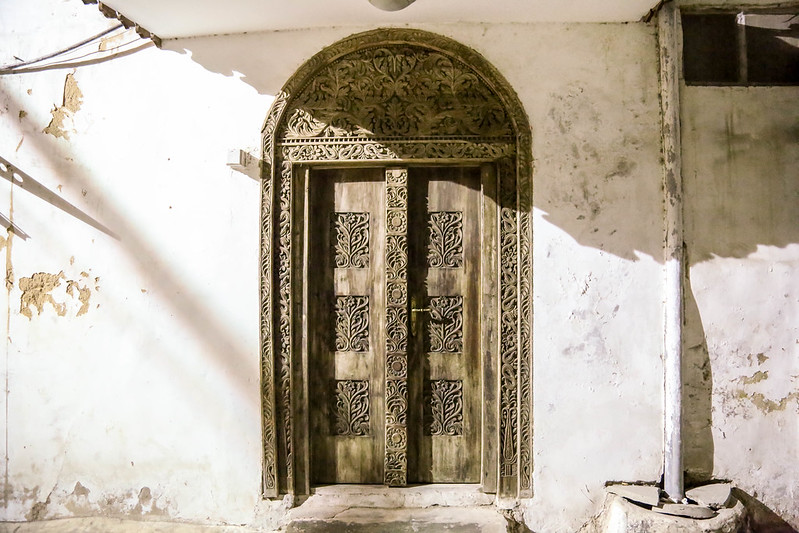 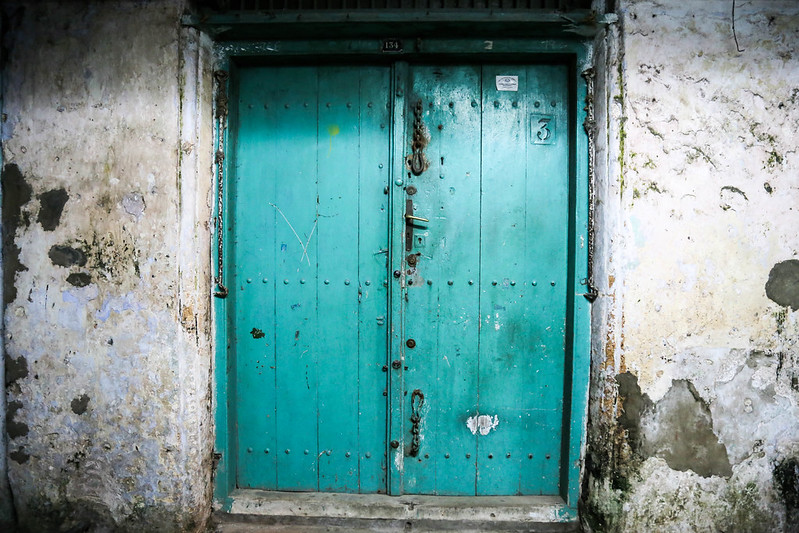 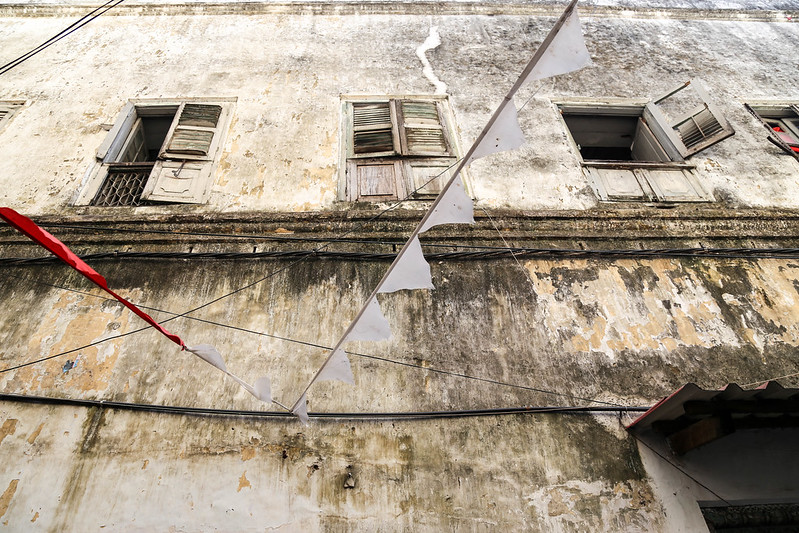 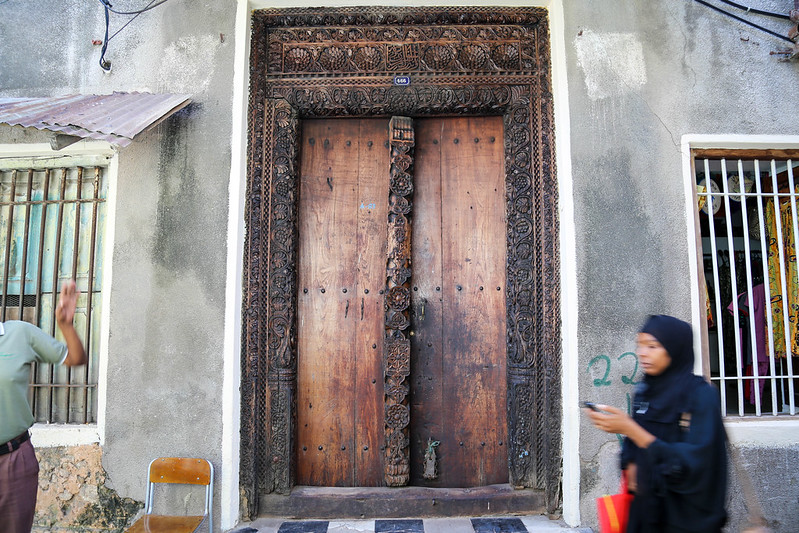 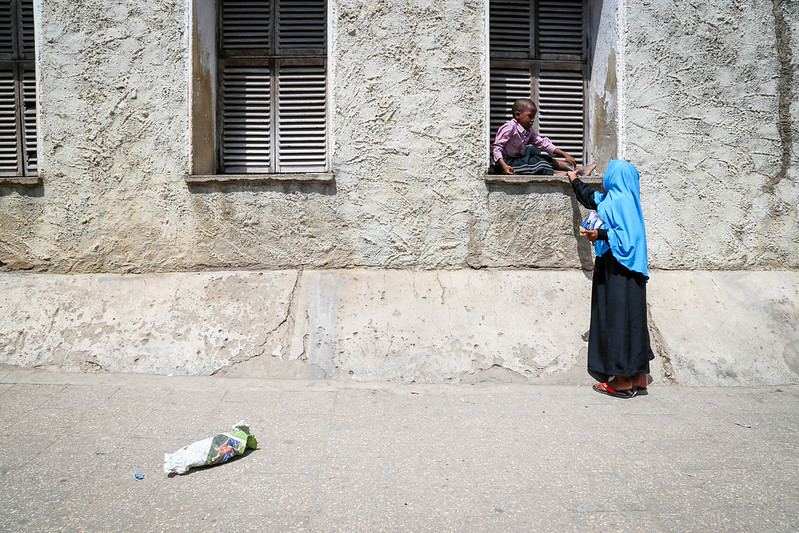 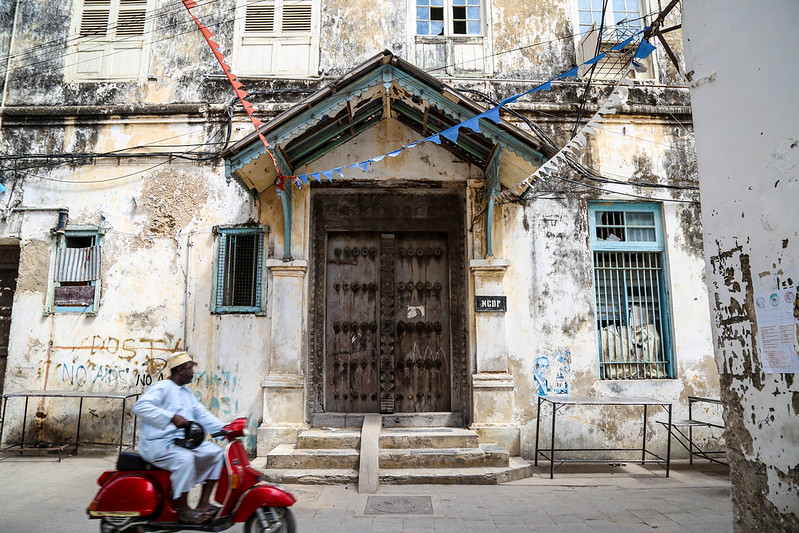 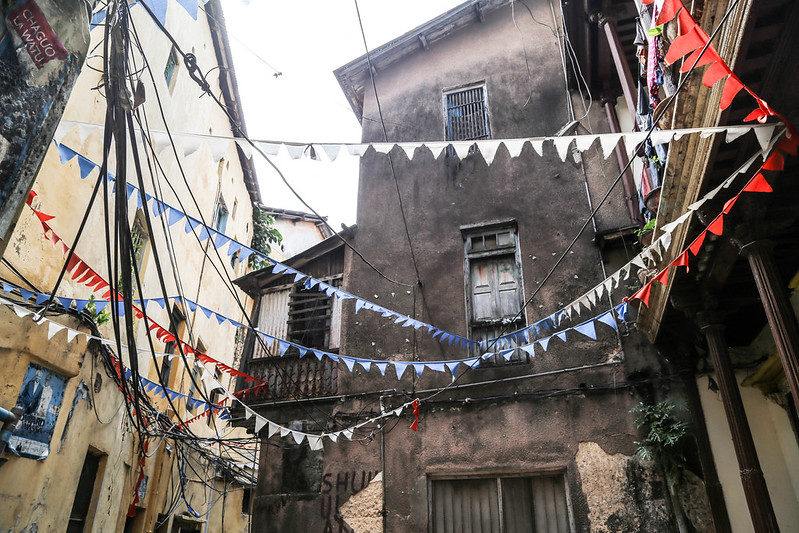 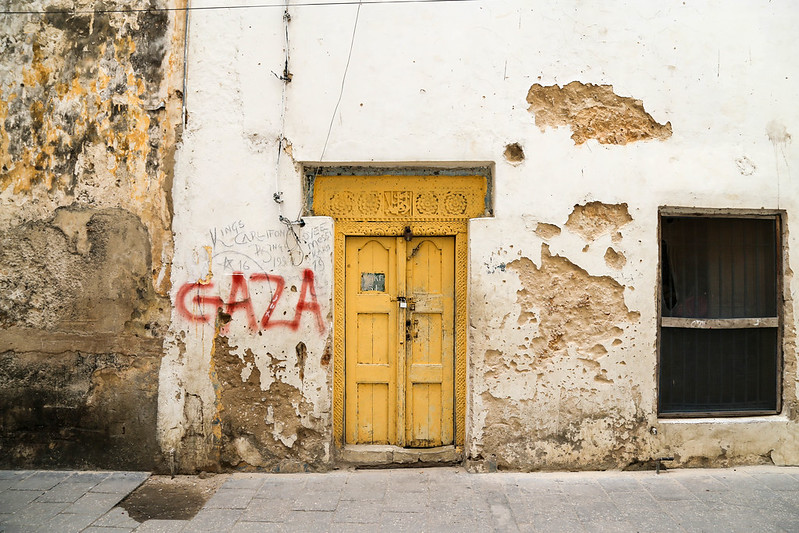 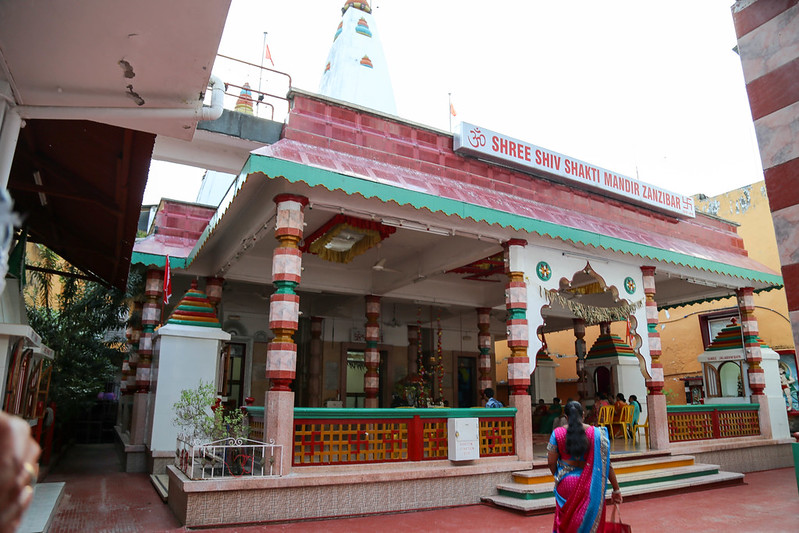 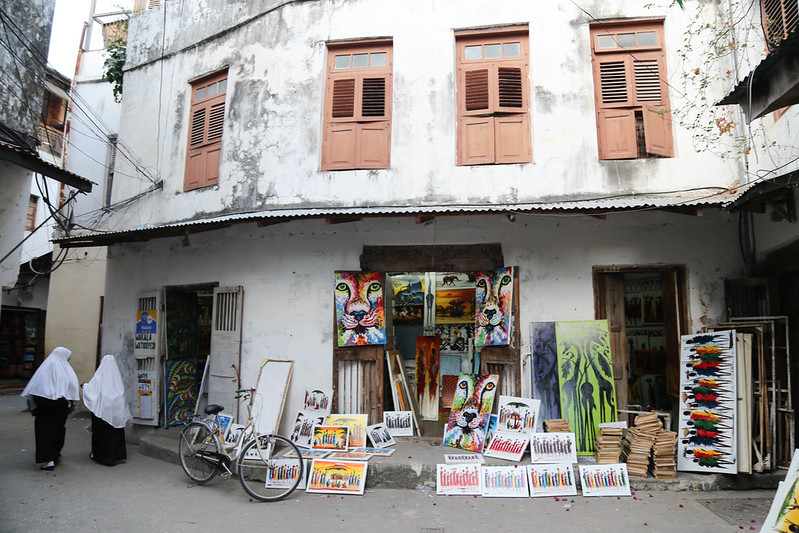 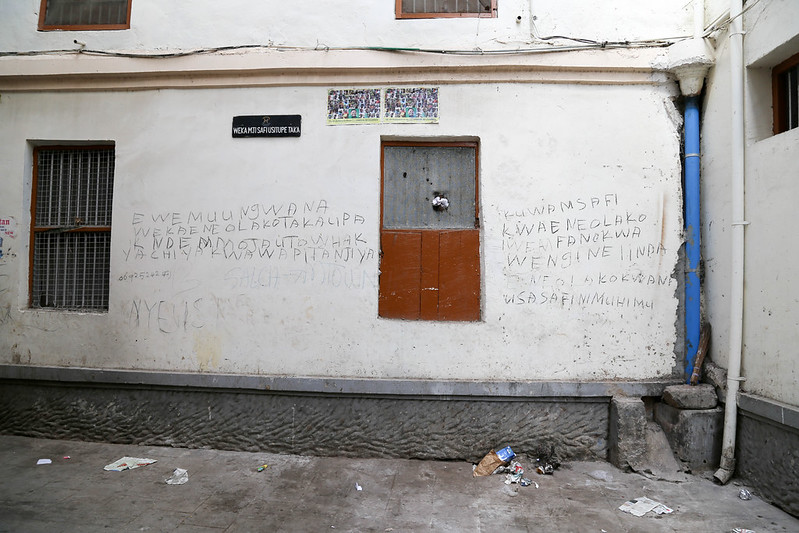 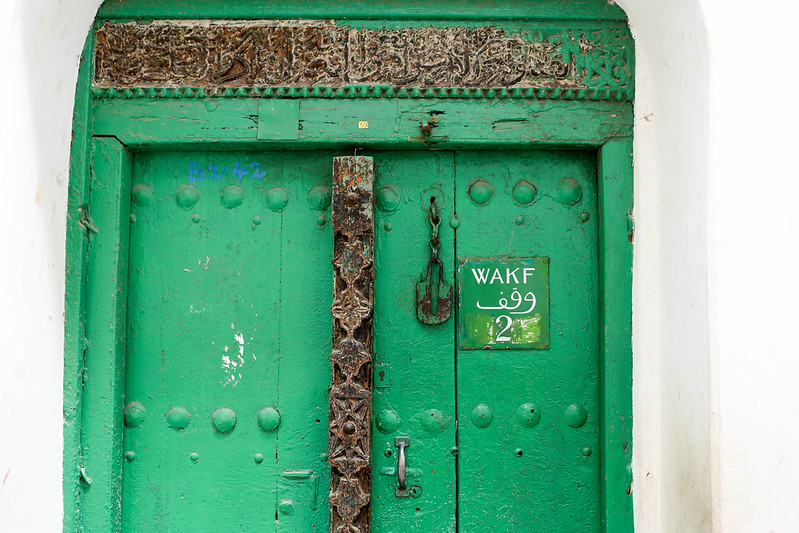 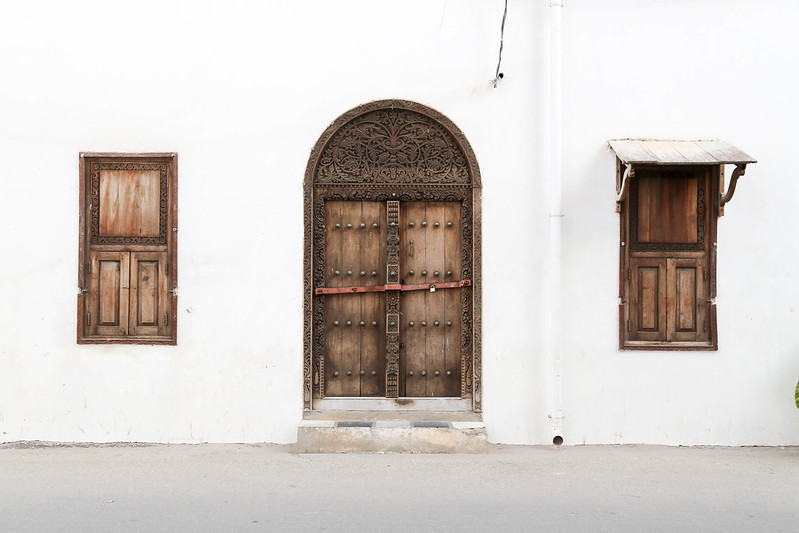 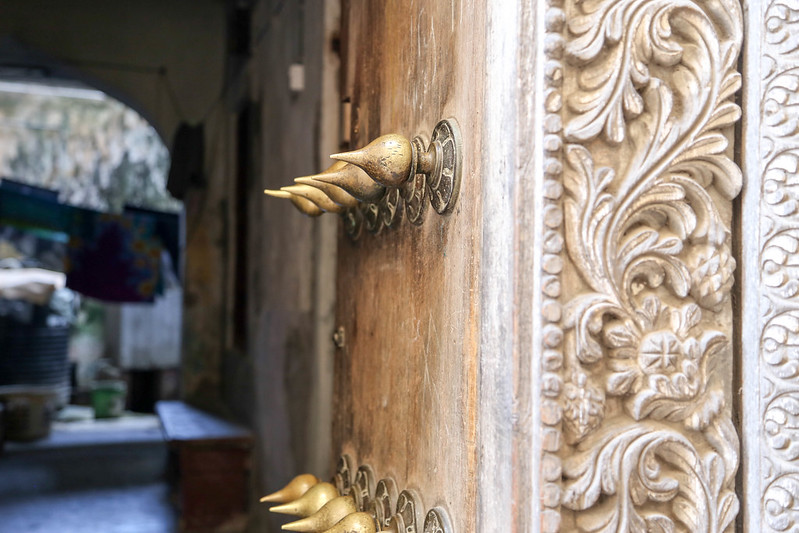 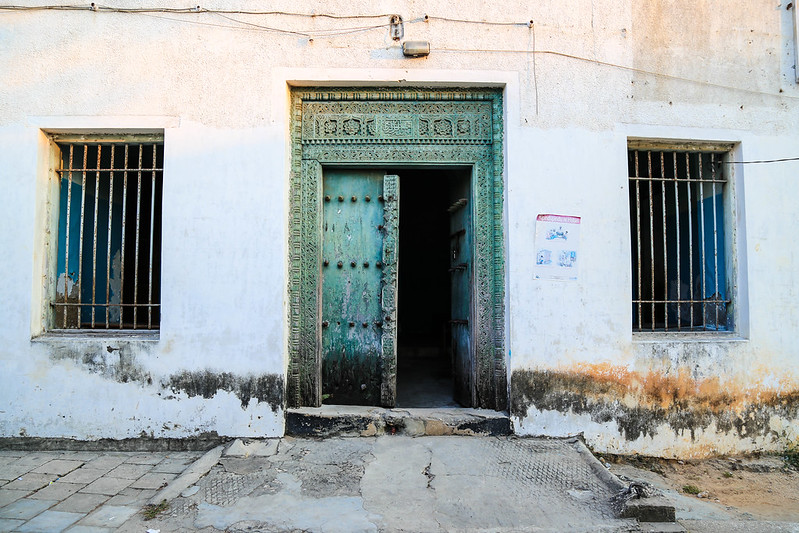 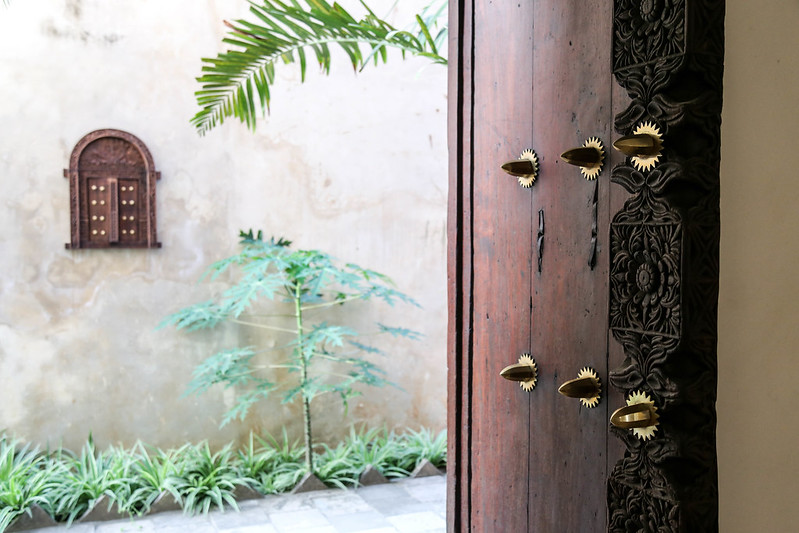 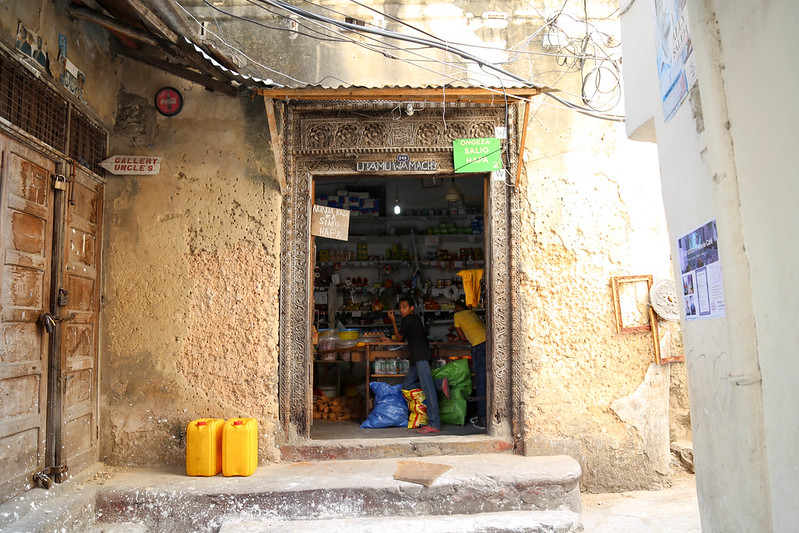