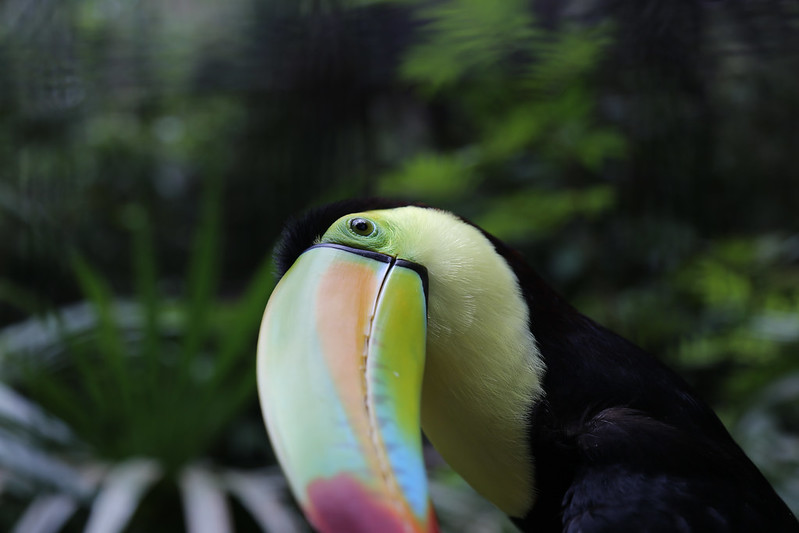 As much as I’m completely against using animals in circuses and zoo’s and other ways where their sole purpose is to serve as entertainment or slavery for humans, I’m a sucker for animals and think its important for children to see and understand the richness of nature and beauty of different species. That’s why in-between solutions, like the Belize Zoo or the Na’ankuse park in Namibia, work for me. The Belize Zoo is more of an animal shelter/sanctuary than a zoo, and they claim that most of their animals were found wounded or in the homes of criminals who at some point had stolen them from the jungle or used them to make movies. While I’m not completely convinced that this is the case for all the animals, I did notice that the zoo was very rich in vegetation and that the cages were spacious and well kept. All over the zoo, there were also reminders to respect animals, care for the environment and stop illegal hunting, and the Belize Zoo is also called the Belize Zoo and Tropical Educational Center.

The Belize Zoo was started in 1983, as a last ditch effort to provide a home for a collection of wild animals which had been used in making documentary films about tropical forests.
Shortly after the backyard “zoo” began, it was quickly realized that its Belizean visitors were unfamiliar with the different species of wildlife which shared their country. This very aspect fomented the commitment to develop the little zoo into a dynamic wildlife education center.
Today, The Belize Zoo and Tropical Education Center is settled upon 29 acres of tropical savanna and exhibits over 170 animals, representing over 45 species, all native to Belize. The Zoo keeps animals which were orphaned, rescued, born at the zoo, rehabilitated animals, or sent to The Belize Zoo as donations from other zoological institutions.

For me, the visit was very impressive and most animals were active and not very shy. Apparently the Zoo works with rehabilitation of Jaguars who have been shot or caught attacking farms, and these animals are then sent to other zoo’s in the world. Before they do that, however, they teach the naturally very aggressive animals to trust humans and be calm and even do high-fives for food. At that last part of the story that the zookeeper was telling, I cringed. Jaguars are not supposed to do high-fives, but I guess the other option here is to let them get shot. “When a jaguar starts attacking farms it means it’s too weak to hunt in the jungle, sooner or later it will either kill a human or get shot by the villagers.”

Anyway, I’m getting a bit too serious with this – the Zoo was beautiful, and the animals were very impressive. Especially the Toucans. I had never seen toucans up close before, and the texture of their skin, the fineness of the coat, the colours and polished surface of the beak, everything about them looked absolutely magical. I’m a huge fan of toucans now. 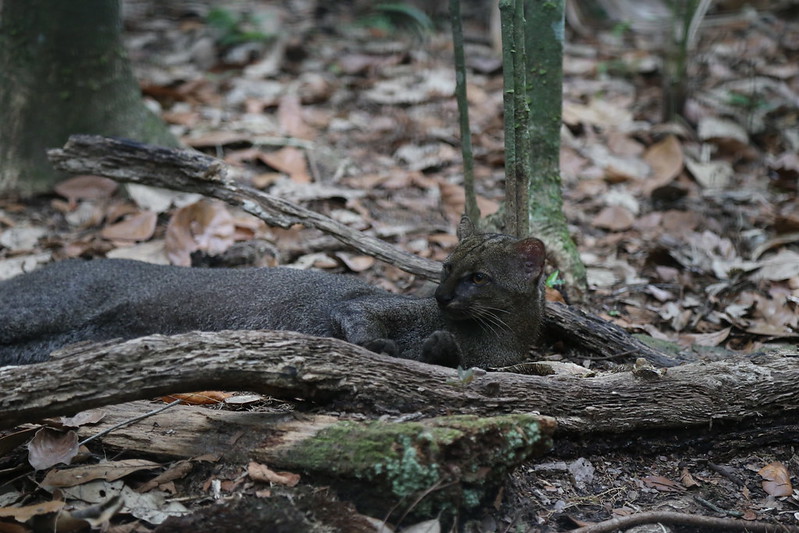 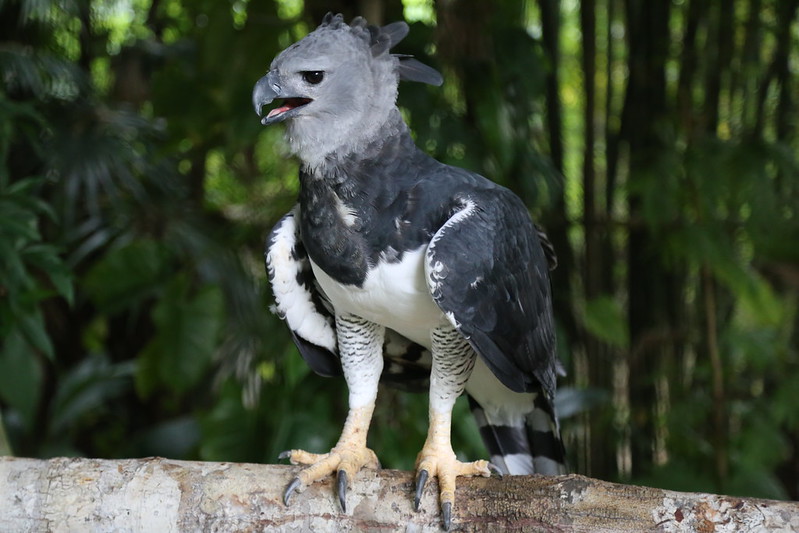 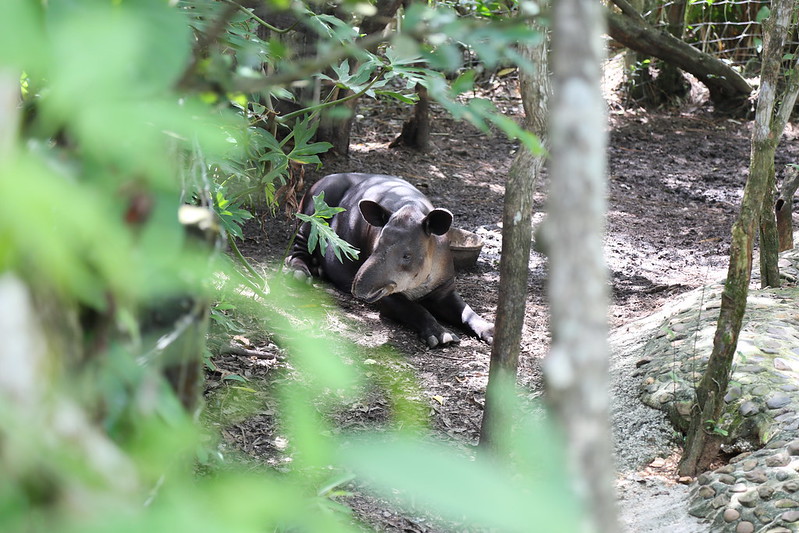 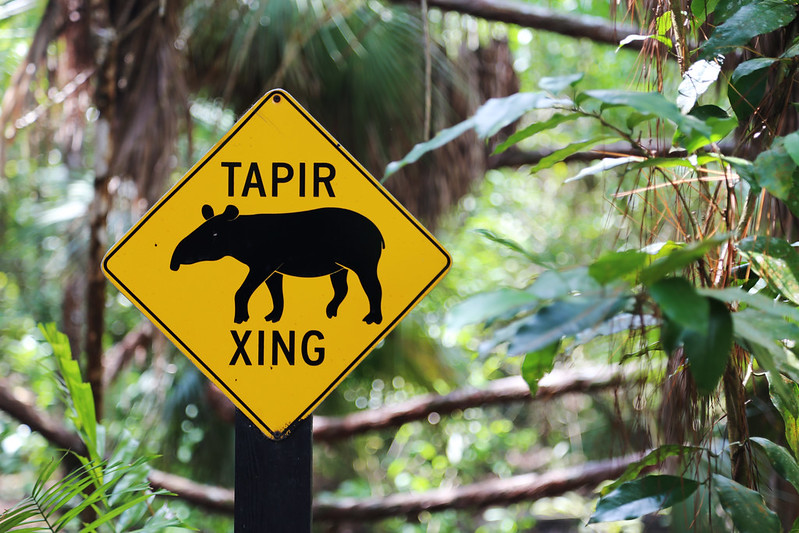 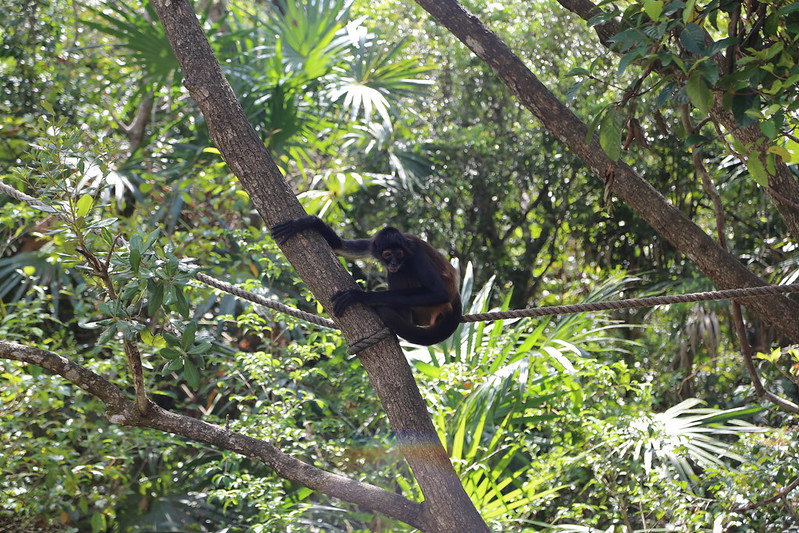 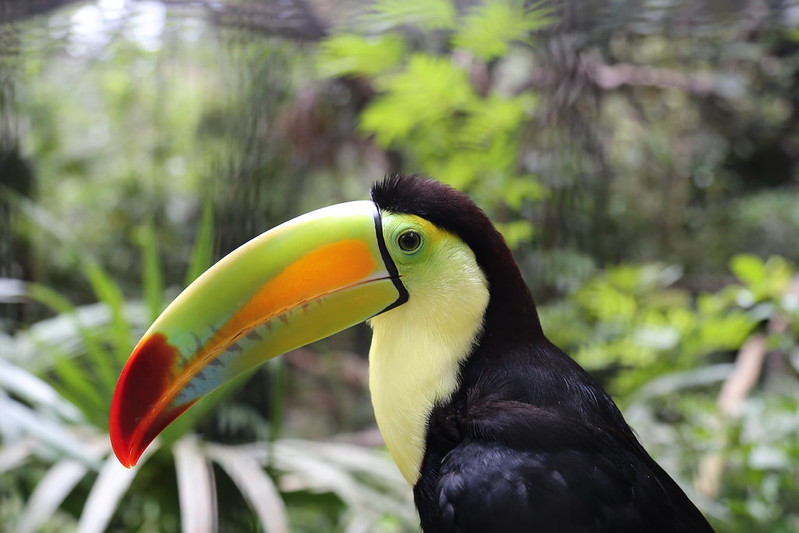 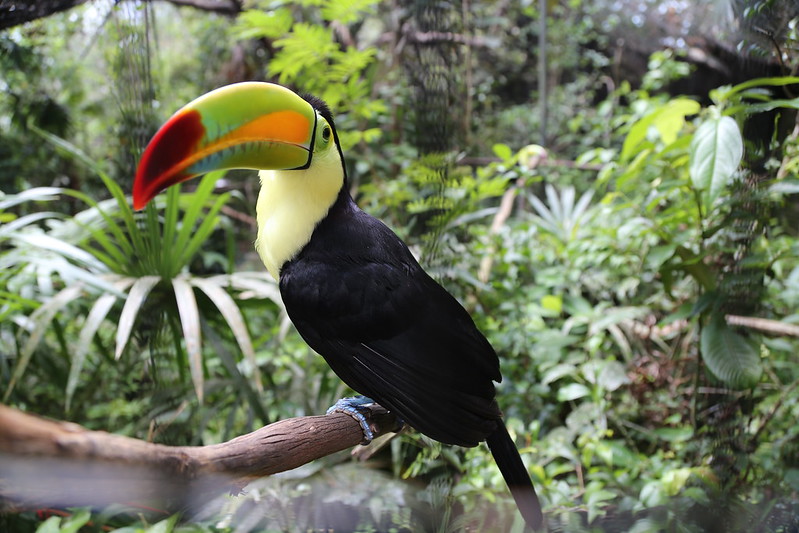 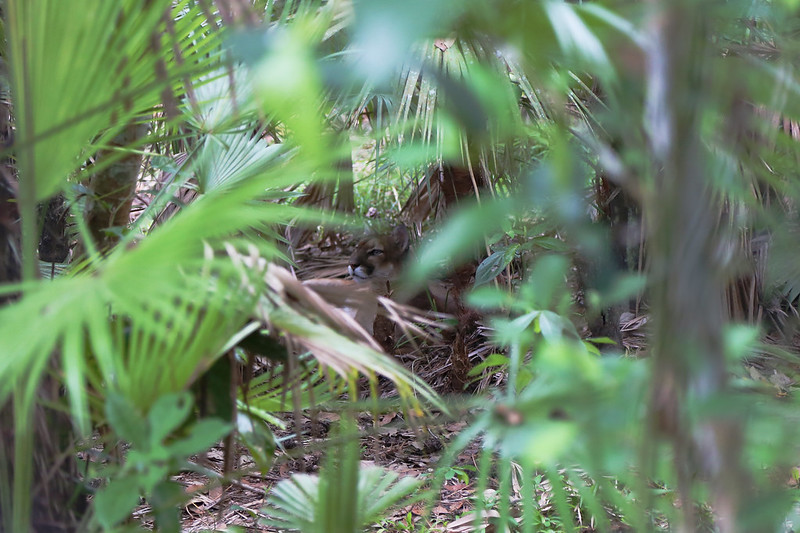 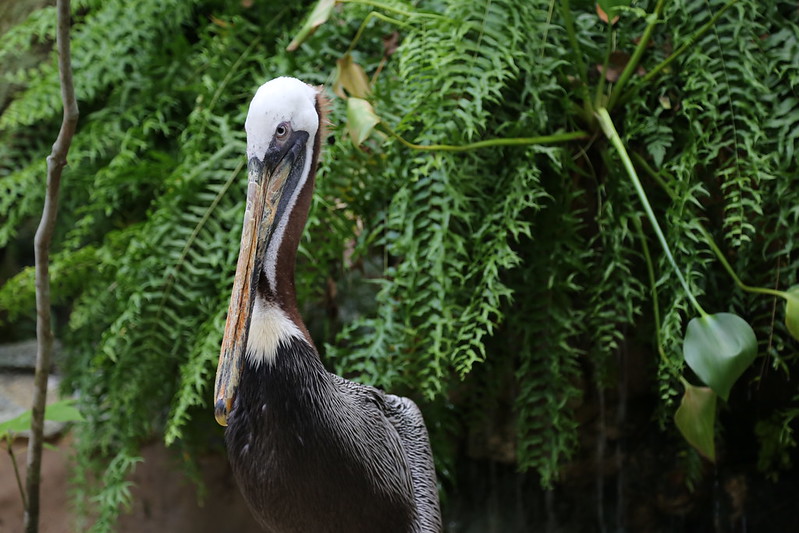 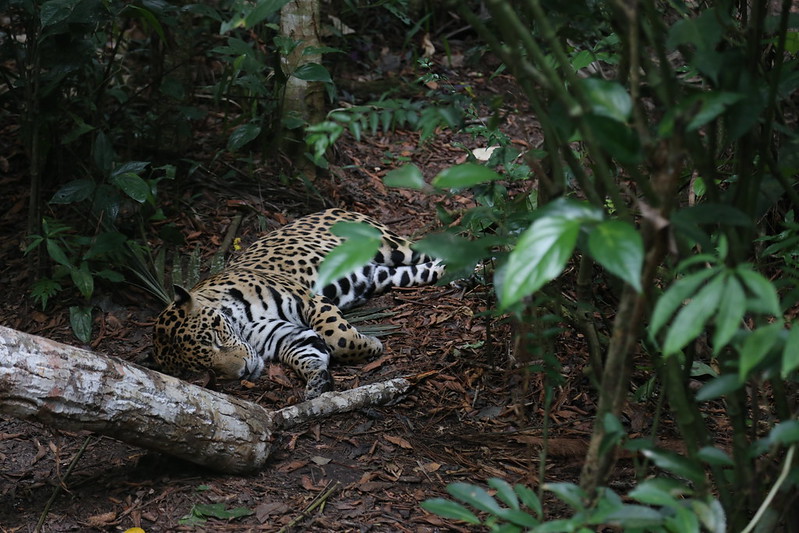 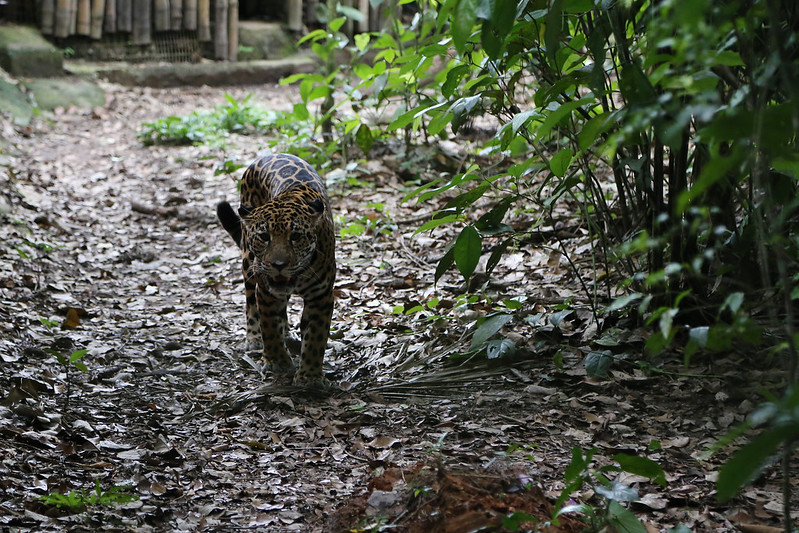 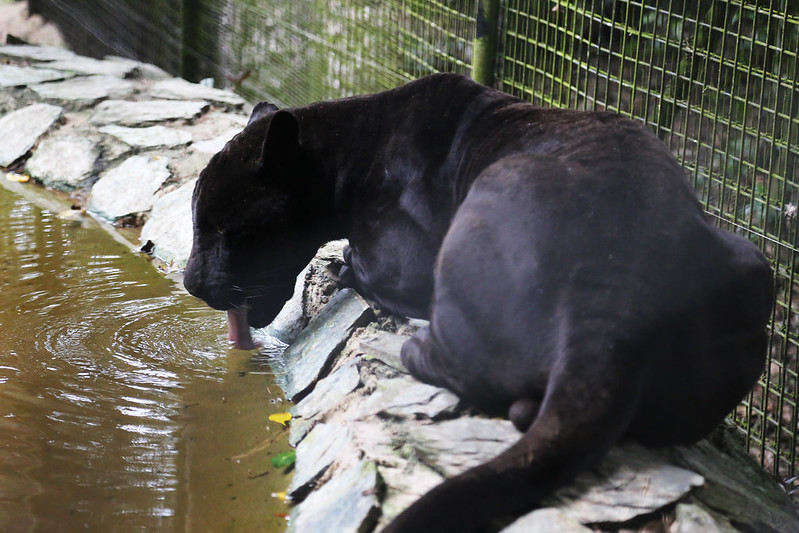 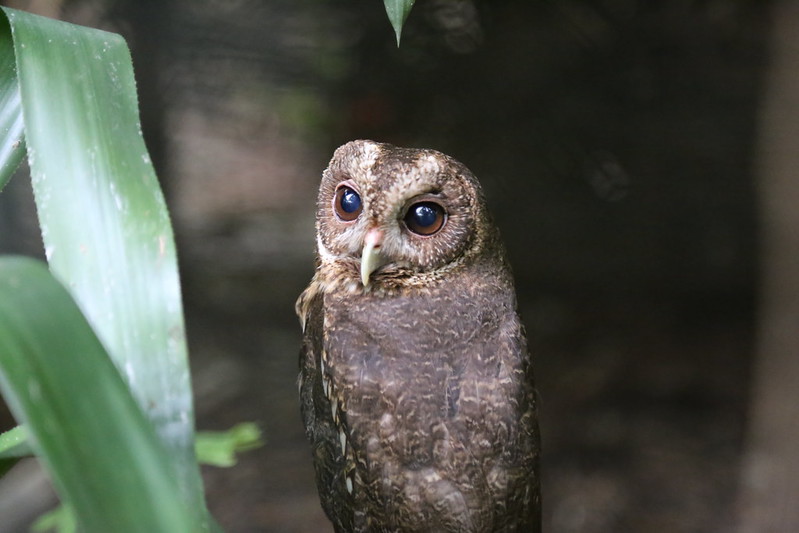 The zoo is open from 8.30am to 5pm, and the entrance fee is 15BZD (7.5USD) for foreign adults and 7BZD for Belizean adults. It’s a 30 minute drive from Belize City on the way to Belmopan and I think it’s worth a visit.