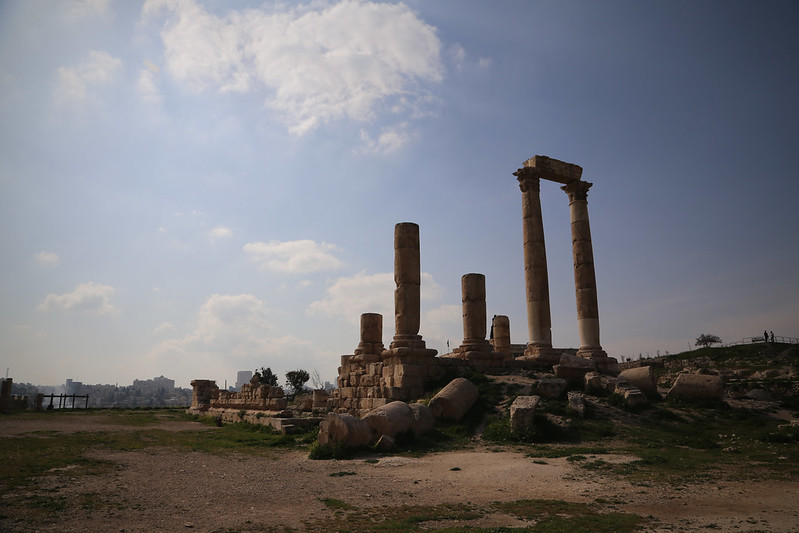 On our second day in Amman, we went up to the Citadel, a nice spot to get an overview of the city and the Roman Theatre and the hills. It’s a touristy spot which apparently is one of “the oldest inhabited places” since they found evidence of occupation since the “pottery period” (that period started more than 10.000 years ago.) I’m not a big fan of old Roman ruins in general, they are very impressive and big and all, but they really look almost exactly the same wherever you see them so I tend to get bored after a while. But we went up to the citadel and took a walk anyway, we even entered their little museum with bugs and pots and a selection of random very old things. It was cute and we had fun.

On our way down from the hill, we passed by the very cool art space Darat al Funun that I had read about online. It had an interesting exhibition by the Palestinian artist and filmmaker Emily Jacir at the time and we had a walk and a nice lunch there. It’s not the biggest of art galleries, and many of the buildings were closed, but seeing some contemporary art was a nice little break from looking at old buildings and monuments.

We also stumbled upon a very nice little vegan cafe called Naqsh, where artists were just painting the walls and the owner was setting up the place for the season. It seems to be a cool community space and the owner told us they work on environmental conservation and art projects. Again, another one of many cool quirky places in Amman, and I felt like I could possibly live there at some point. (If only it was closer to the sea)

After exploring, we went to a shopping mall to have a look at the more “modern” part of Amman. And gosh was it modern. The prices in the mall were completely outrageous, and even Zara clothes were at double their original price. It was an interesting contrast to walk around the mall and look at people, they looked completely different from the people we had met in the old town. Posh kids with tight blouses and girls and boys holding hands. It was a fun experience.

After not really buying anything, we went to have dinner at a little restaurant just by our hotel and I was in contact with a friend of mine that I know from before, Rafik. He was going for a birthday party with some friends from his office and invited me over to join them. So after my mom had gone to bed because she said she was too tired, I went out and got to experience a bit of Amman by night. And in line with what we had seen in the mall, Amman by night was just like any big European city. The bars were full of people, and we found a nightclub where the girls were wearing high heels and short skirts, people were drinking, dancing and hugging, and even the music was the same as everywhere. We danced, we laughed, and when I sneaked in to the hotel again at 2am my mom woke up immediately. “How was it?” she asked. “Cool, we went to a disco and danced!” “Why didn’t you call me, I would have joined!” haha, she is the best.

And I’ll say it again, Amman is a cool city. And that’s especially true when you realize that it was just a Tuesday night. Too bad there’s no photographic evidence of that night happening. 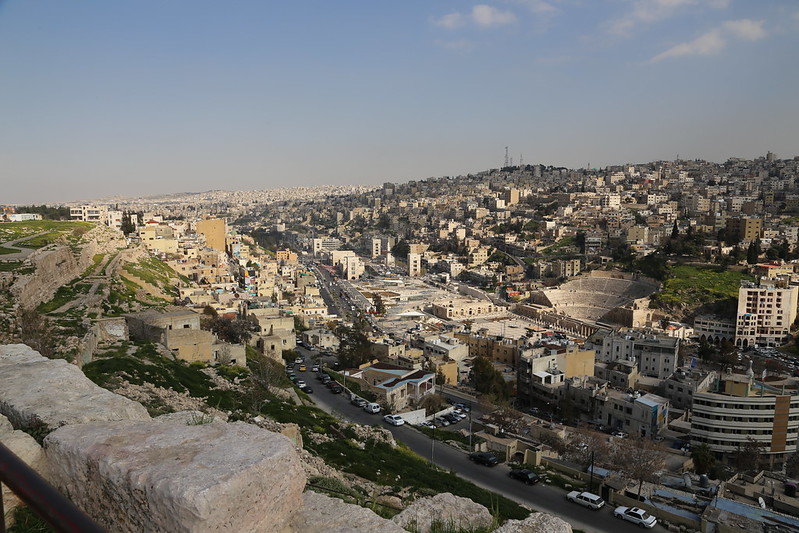 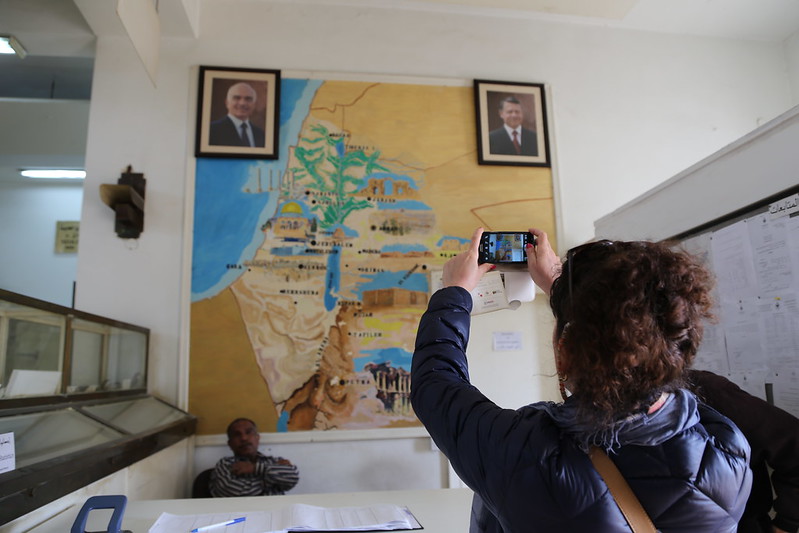 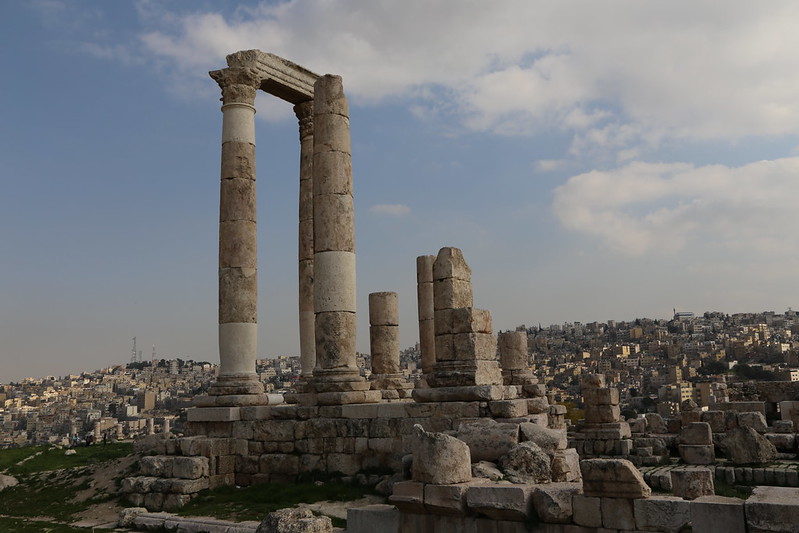 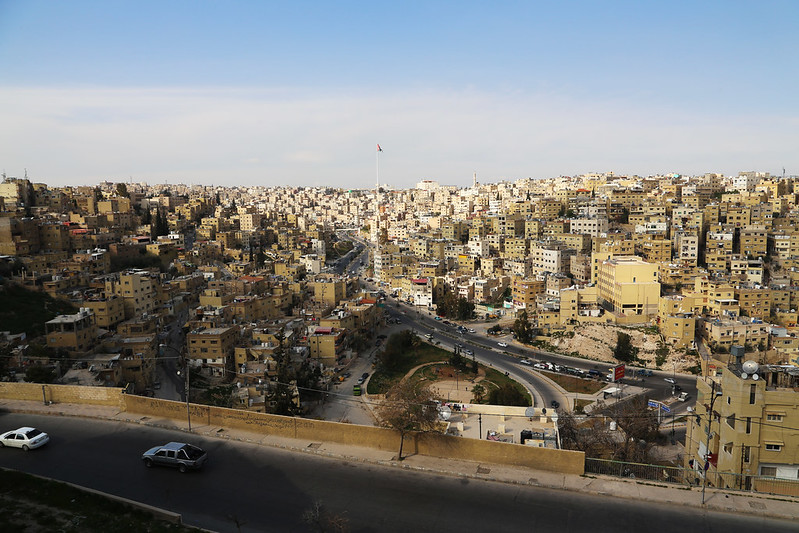 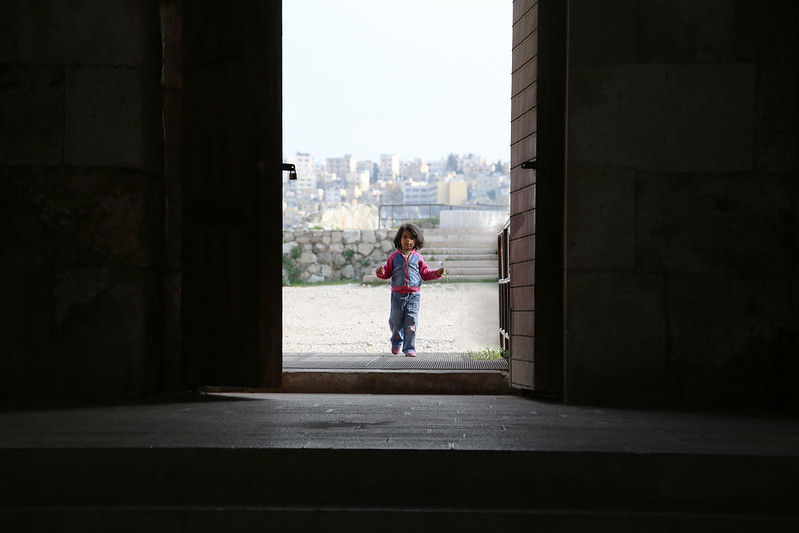 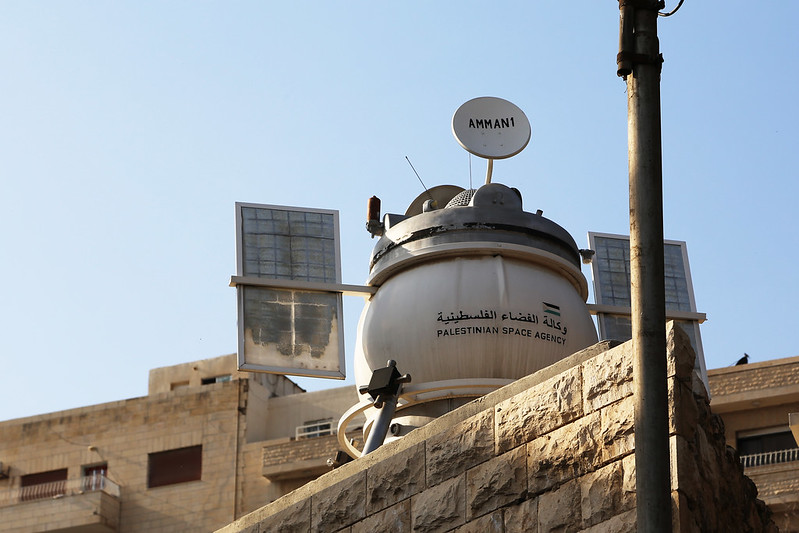 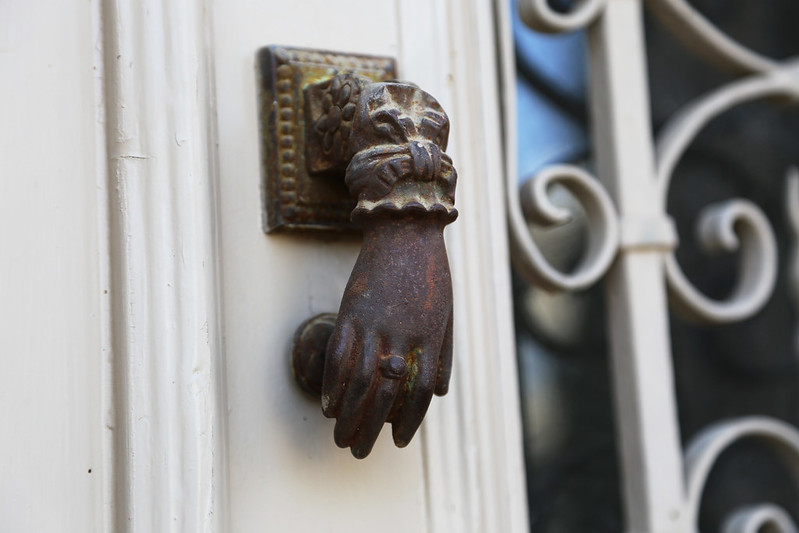 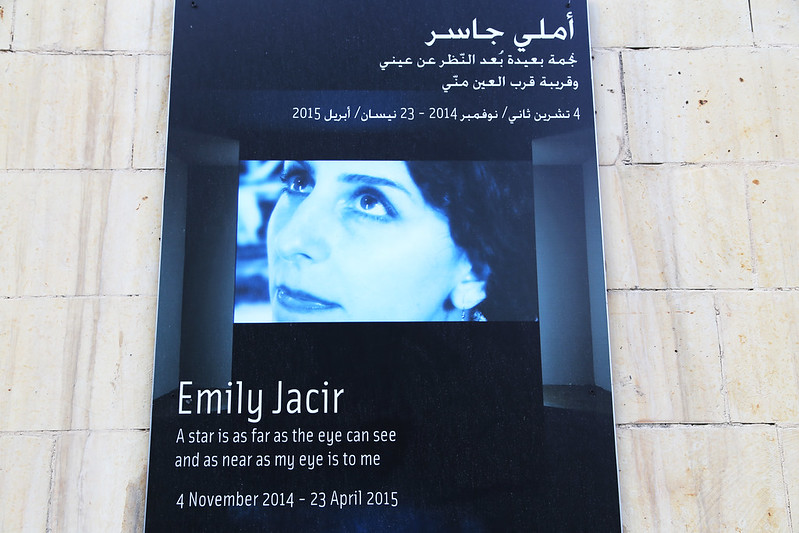 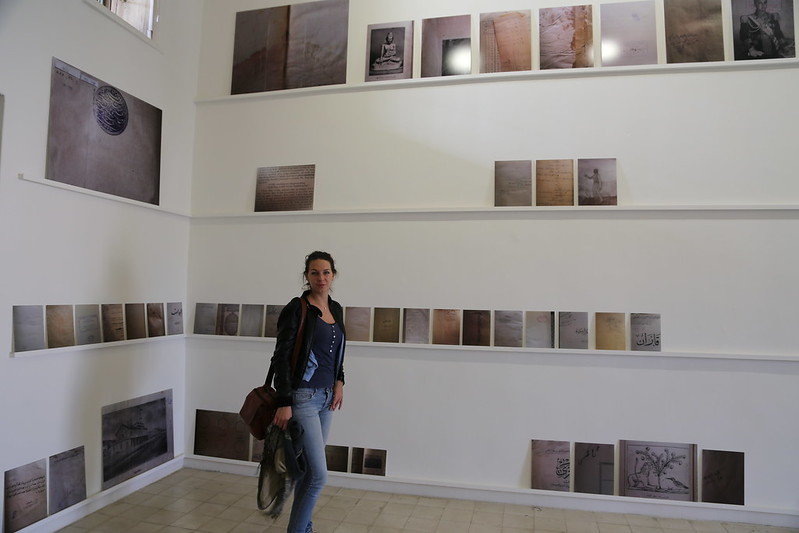 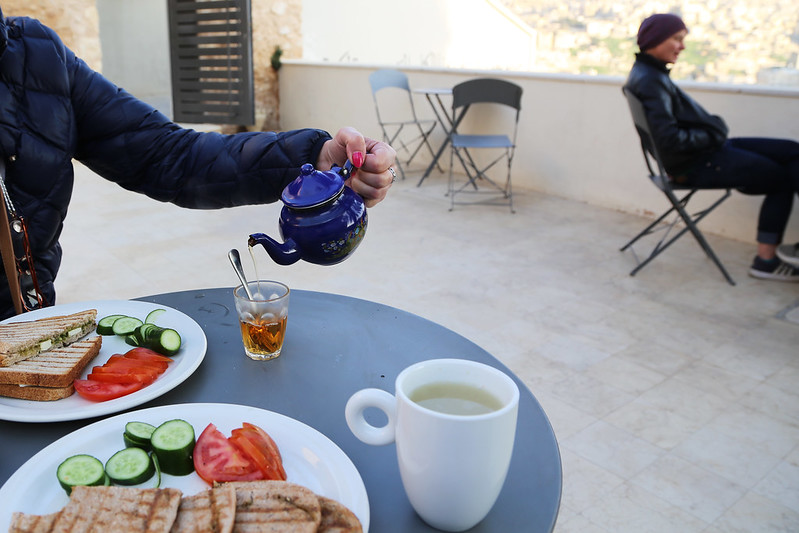 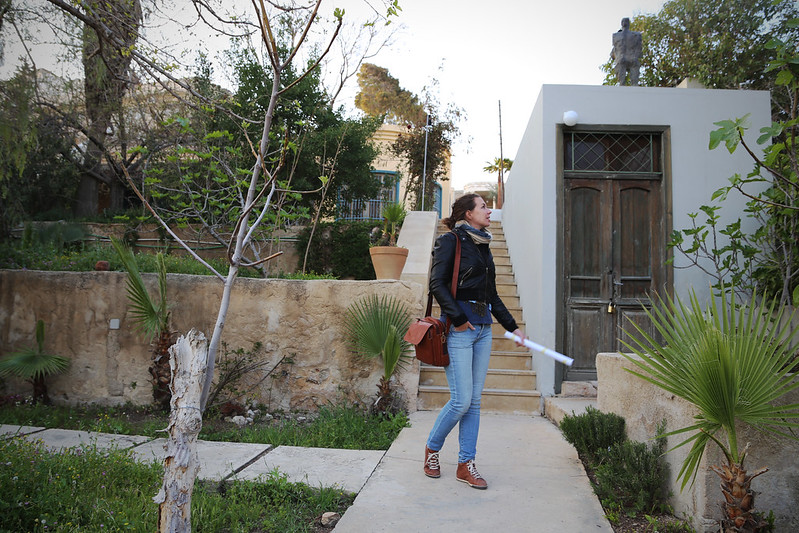 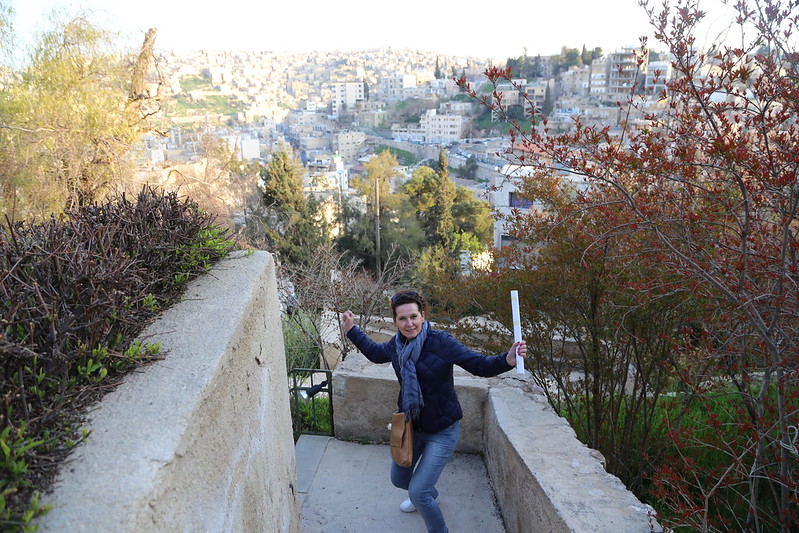 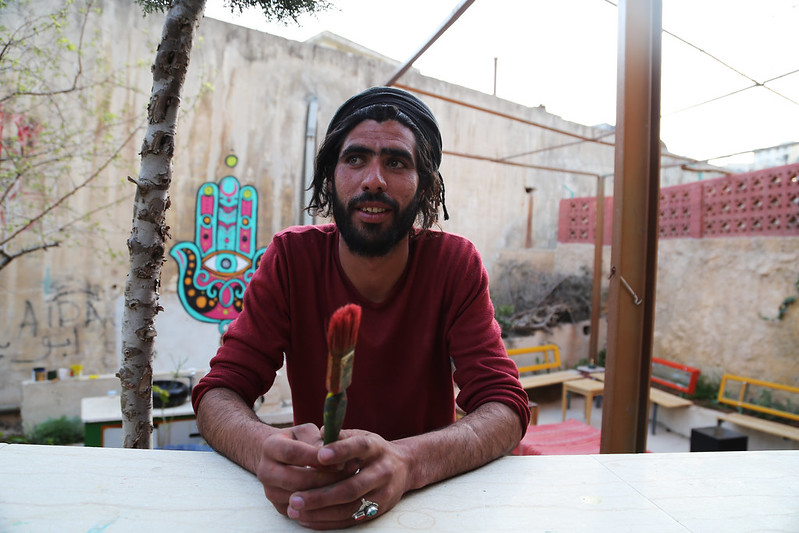