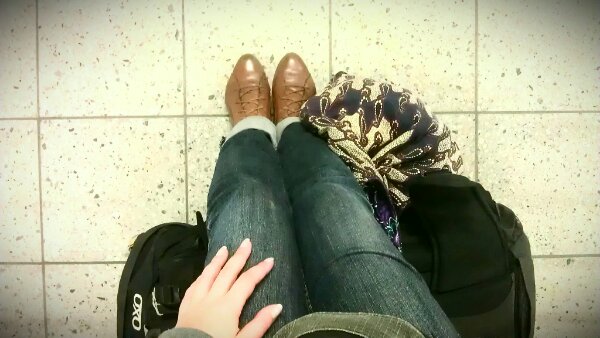 To those of you who check in here to see whether I managed to survive my trip and the cold morning at Johannesburg bus station – I did. It actually wasn’t too bad at all.

I had my blanket and spoke most part of the night with the 23 year old South African guy next to me. He recently managed to get his girlfriend pregnant and has got some problems, so he is thinking about changing his name and escaping to Mozambique to “start something” – as in a little shop selling whatever. He will, of course, go get the girl and the baby if everything goes well.

He asked me what I do but had never heard of the UN or anything like it so it was an interesting task explaining that to him from scratch in basic English. He thought the idea sounded like something that will never work. Also, he doesn’t vote because he doesn’t trust politicians and he didn’t have a school desk when he was a child. He has a VISA debit card though and he showed it to me, but he doesn’t really understand what it’s supposed to be used for so he just carries it around.

Today, he knows how to read and write, but mostly he just sings. His big dream is to own something one day, maybe a car, or other things. “Because life is good when you can own things.”

While we were in the bus, the guy called his girlfriend who has been waiting for him in Pretoria for two months. “Hey, come out, I’m outside your door!” he said and hung up, and when the girl called back five minutes later, he wouldn’t answer. “Na, I’m just playin’ wit her. Is not sirias.”

I arrived at Park station a bit late which was great because I didn’t have to wait for my train. Remember the ladies room i posted a photo from in April? So, it was horrendous then but looks completely different now. Beautifully refurbished with many more toilet booths and super fresh – except that… “Sorry, you can’t wash your hands.” And why? Because the pipes and some other parts were stolen. “And darling, you should see the men’s room! Everything got stolen there in just a couple of weeks.” laughed the lady responsible for handing out toilet paper. “You can’t put these rolls in the booths, they will disappear immediately.” 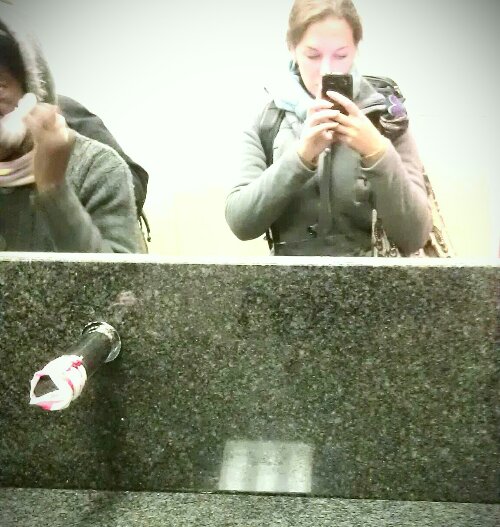 There you have it. A little bit of welfare, plus poverty, corruption and low standard – and the way these four factors neatly connect and loop their away into frustration.

As you already know, I’m not a huge fan of Joburg. I am, however, a very big fan of the friends that picked me up from the train station. Remember Axel that I introduced you to in February? He’s got a friend now. Her name is Selassie. Such a great name. 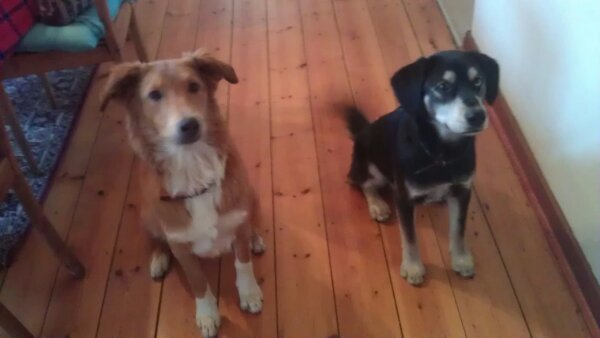 And me? I’m on WiFi for the first time since forever, thus the photo-bomb and jibberish. Sorry!

(I still don’t understand that I will be in Copenhagen and Malmö soon.)