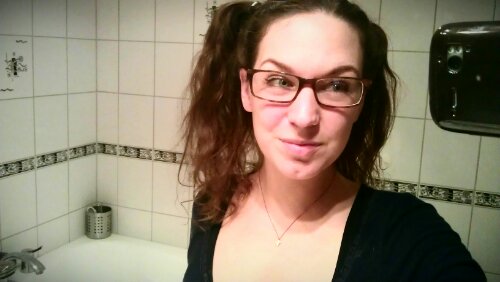 Reporting live from the city of boredom, your own nerdy gadget Caroline has just received a pair of glasses to accompany her many other accessories and complete the nerdy look in style. 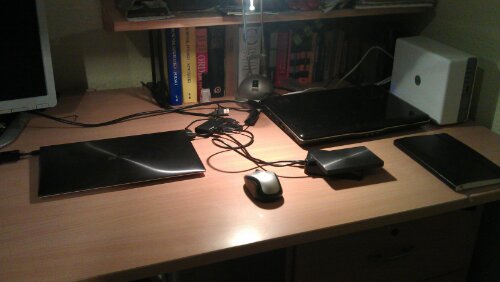 The Synology NAS is currently resting on my desk after years and hours of availability online. All the content from my external harddrives has now been backed up, the photo archives are safe, and the other harddrives, hiding shyly behind big, white mister Synology, speak of years of GB’s and hilariousness that all one day will be dug up and enjoyed.

Having your own server is pretty convenient, even though I lately have been living in places where the bandwith hasn’t been allowing me to use it for what it’s supposed to be used.

My new 11.6″ ASUS is a bliss for both the eyes and the ears. The crystal clear sound that this little fellow manages to sing out is amazing thanks to that little Bang & Olufsen chip. Its shell is made entirely of brushed metal, and it is pretty damn thin and light.. and smart.

Oh, and about the glasses. I went to check my eyesight to see whether my -1.25 error had changed since I checked two years ago. Talking to the optician, I found out about their campaign where checking the eyes wouldn’t only be much cheaper than normally, but where I would get a pair of glasses for free as well. Double-win! I have never had a pair of glasses as I went straight to contact lenses – but I see that it will be very useful when all you want to do is watch a movie and let your contacts rest peacefully in their little box. Or when those vicious pollen allergies strike. So, my eyesight is the same, but my eyes have now officially been framed.

I’m kind of just about as geeky as before. And the hair is a joke. See?