During my time at UNICEF in Belize, I have led the development of the National C4D & Communication Strategy to End Violence Against Children. This has included the overall drafting of the strategy and coordination of the cooperation with partner organisations and the media, as well as the supervision of graphic designers and video producers on building the campaign around the strategy – TIME OUT. The six PSA videos that were produced have been airing on national television channels, reaching a wide audience. Another important part of the strategy is the establishment of a national baseline on the situation of violence in the country, this process is currently underway with a nationwide Knowledge, Attitude, Perception and Behaviour (KAPB) Survey, with results expected by end 2015. More below! 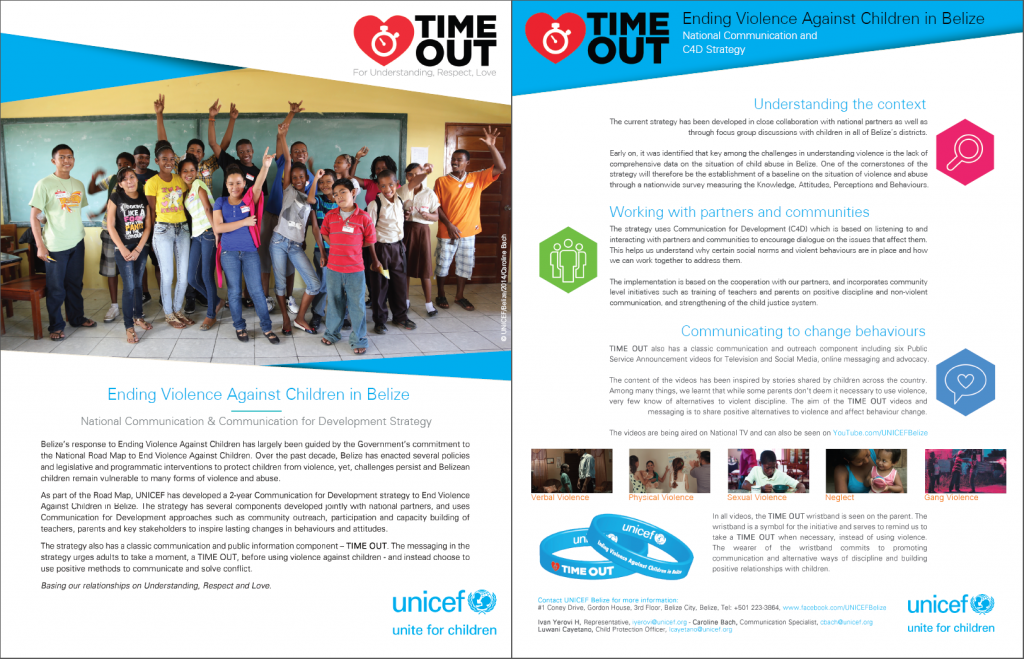 LAUNCHING EVENT
The launching event was well attended by the media and UNICEF partners, and the discussion that followed gave added insights as to how the country will continue advocating, listening, and working together to End Violence Against Children in the Belize. 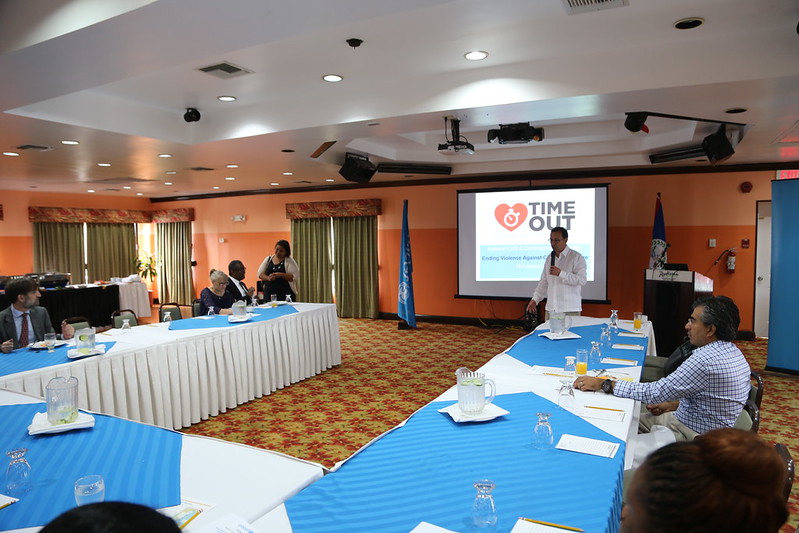 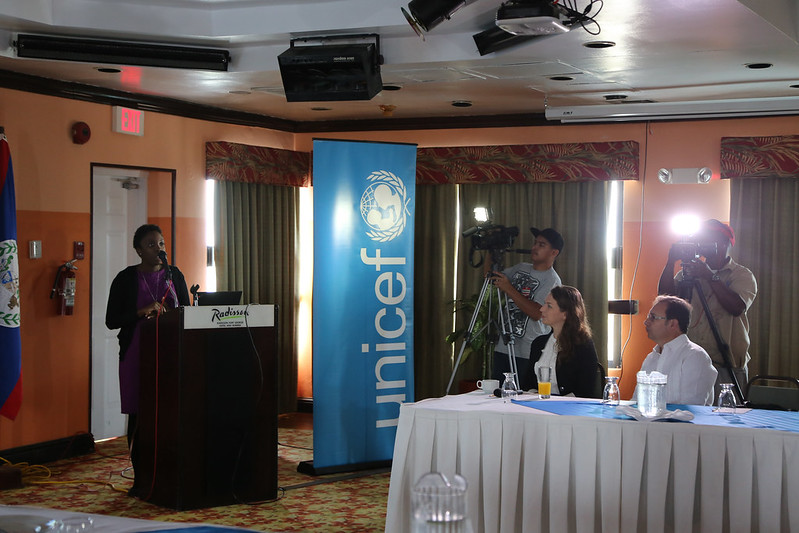 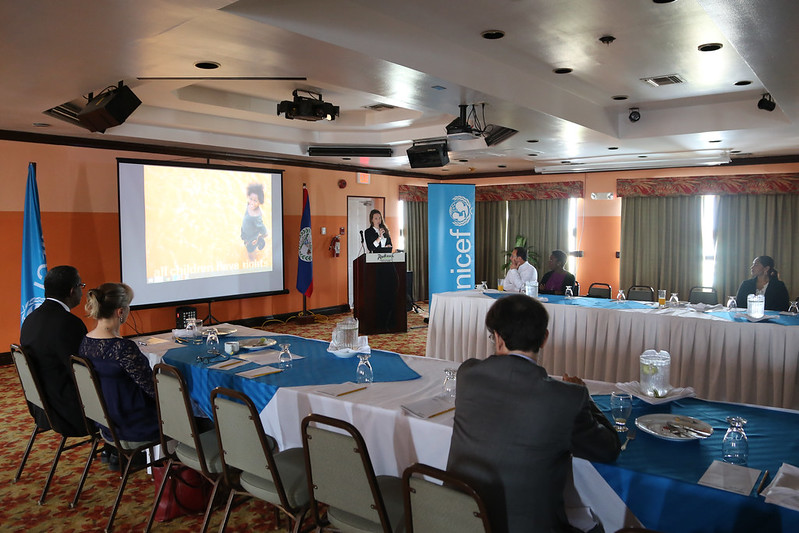 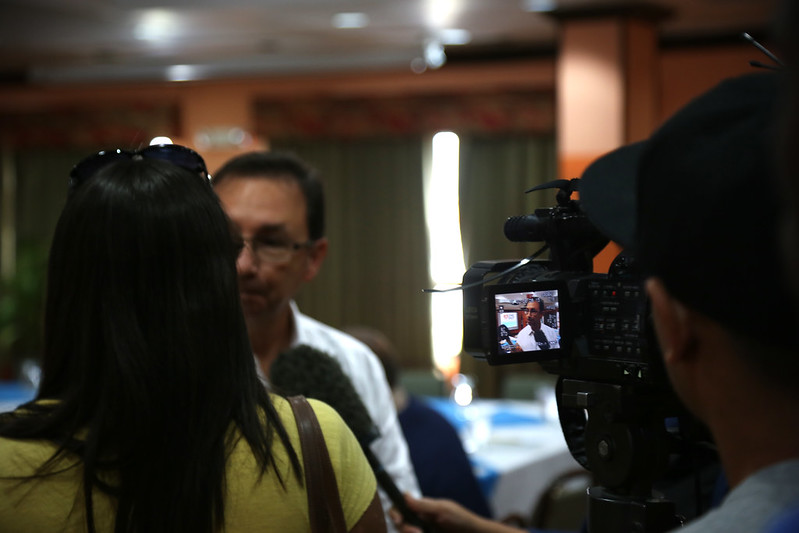 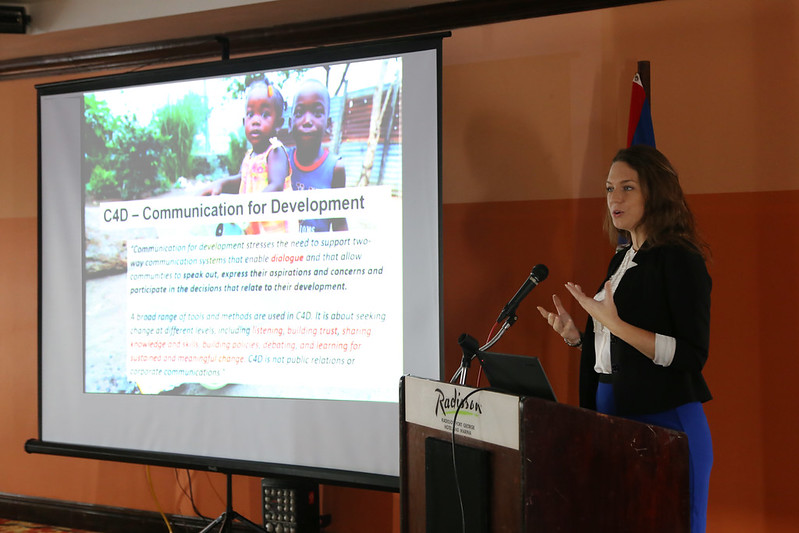 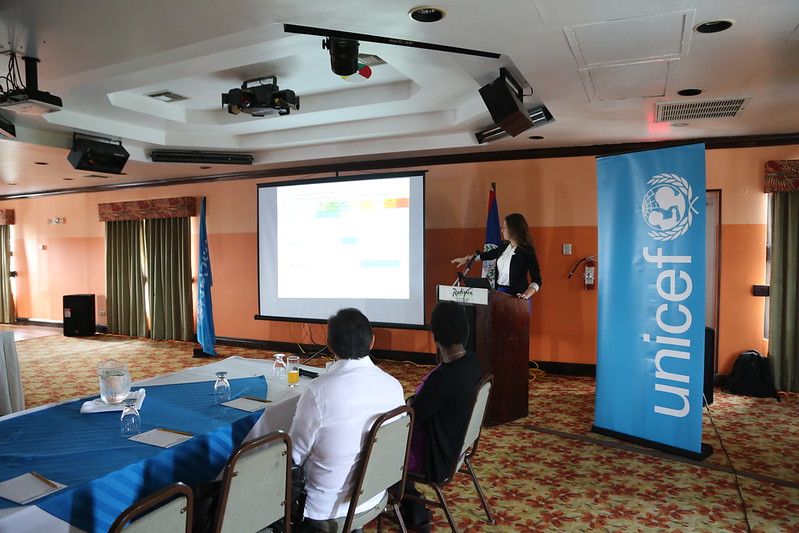 One of the cornerstones of the strategy will be the establishment of a baseline on the situation of violence against children through a nationwide KAPB survey (Knowledge, Attitudes, Perceptions and Behaviours). UNICEF has travelled across the country and met with more than 130 children conducting focus group sessions including theatre and other activities, to find out if and how they are affected by violence in their communities. The results from the KAP survey are expected by end year 2015. 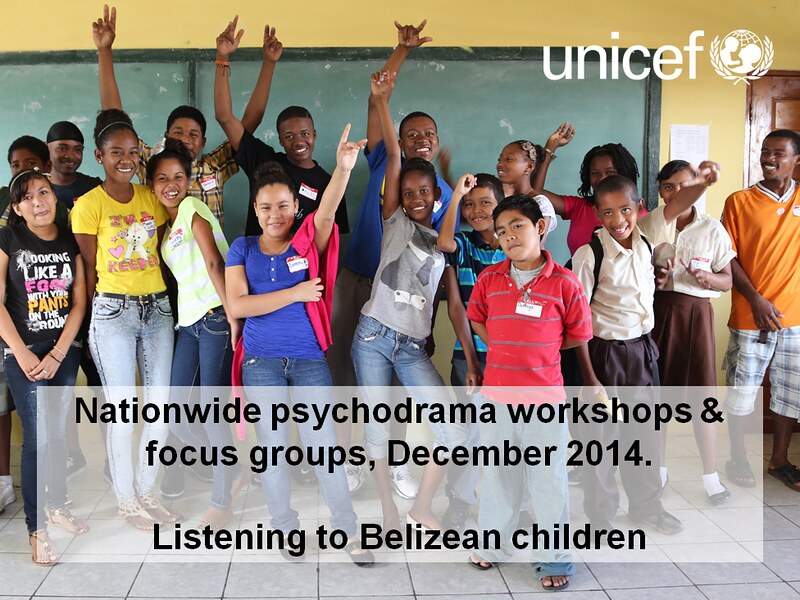 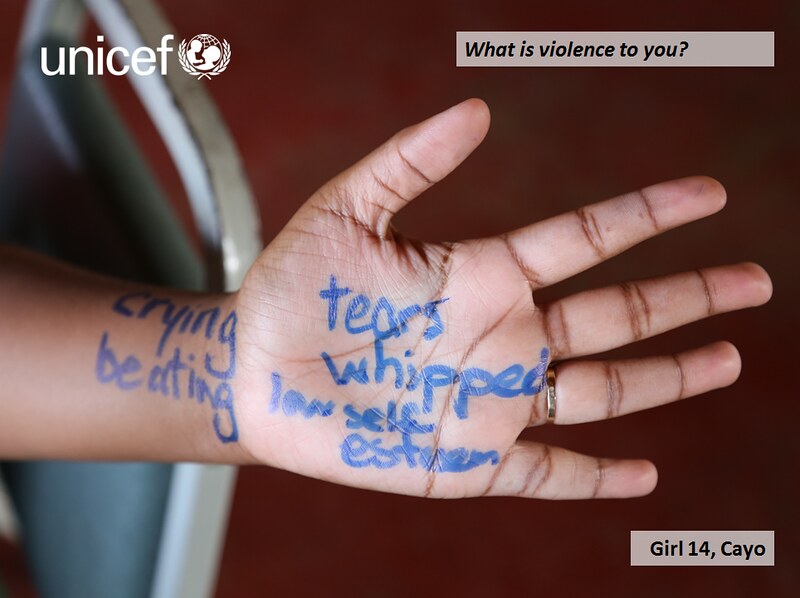 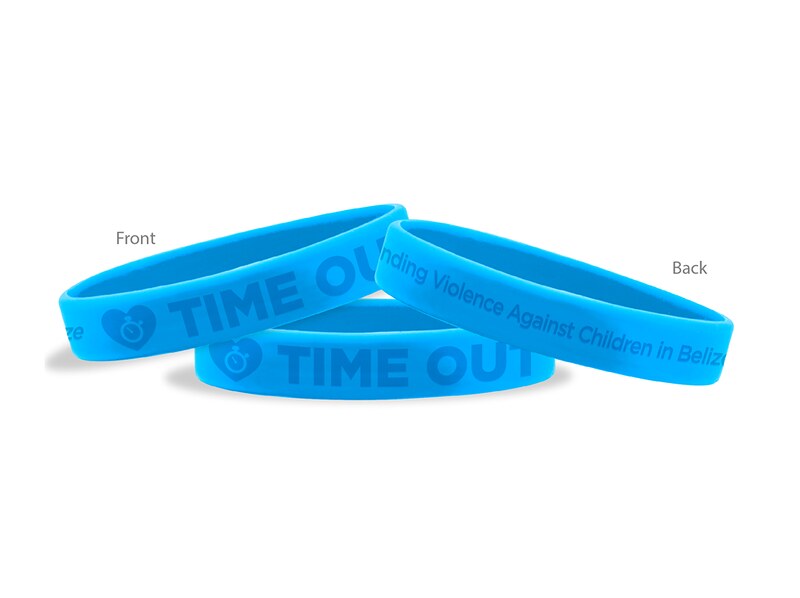 Through community consultations, we have learnt that one of the biggest challenges for parents is that parents aren’t familiarized with the alternatives to violent discipline. We are trying to inform about these alternatives, and strengthen parents in their confidence that a positive approach is possible.

The content of the videos has been inspired by the inputs collected from children across the country and videos on the five types of violence have been rolled out on a monthly basis: Verbal Violence, Physical Violence, Gang Violence, Neglect, Sexual Abuse, as well as an overall video connecting all the videos.

The videos are embracing the cultural diversity of Belize, and each of them is set in a different setting. They represent the five most commonly spoken languages in the country, and are acted by normal people. One of the main points that we learnt from the children and want to communicate through this video production is that violence happens everywhere in Belize, no matter where you are on the map socio-economically, culturally or geographically.