So Prince, yes, the 55-year old “Artist formerly known as Prince” Prince, has released a new single – and it comes wih a hilarious video directed by beautiful Danielle Curiel, who also appears in the video – as Prince himself. Confused? Just enjoy the dancers. “Hotcakes smothered in honey? I’m gon’ have to pass.”

I was never a huge Prince fan, until seeing him live at the Way out West festival in 2011 – still the sexiest and most engaging concert I’ve ever been to. It was amazing to sing along to Purple Rain!

Remember that 2004 Dave Chappelle sketch about Prince? Well, as if all of this wasn’t funny enough, they used a screenshot of Dave Chappelle from that sketch to make the artwork for the single. It’s so ridiculously bad it makes me love it even more. “Fresh cup of coffee, no, no. I’d rather have you in my glass” 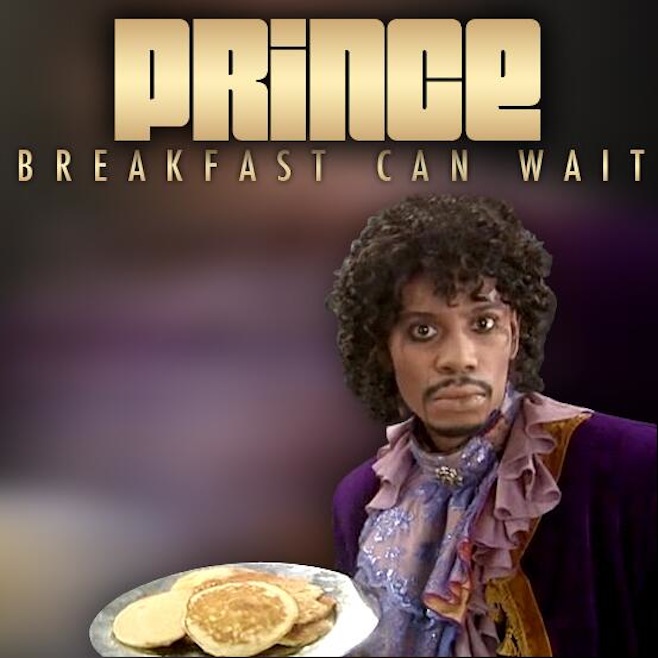