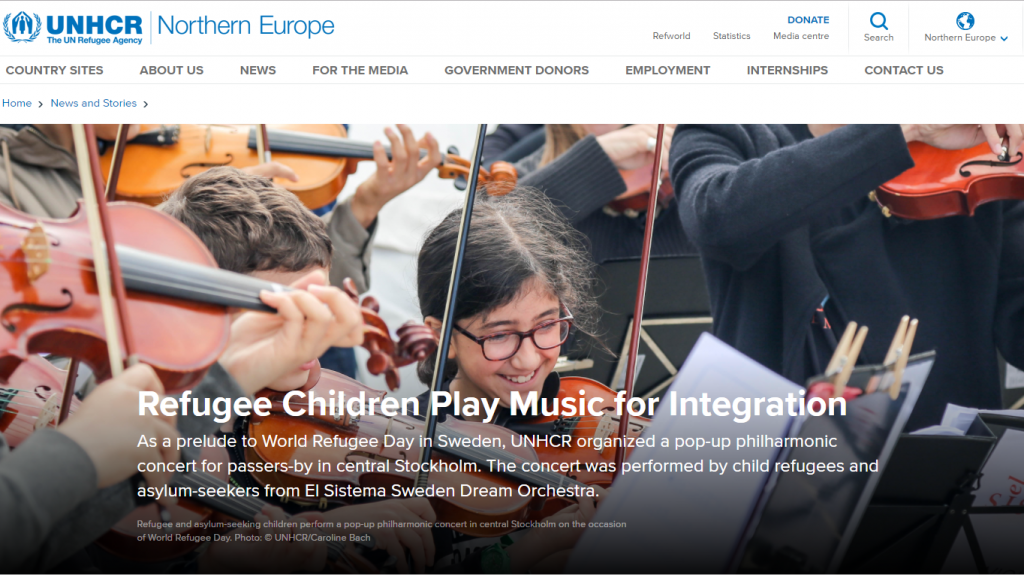 On the occasion of World Refugee Day 2017, UNHCR Northern Europe organized a pop-up philharmonic concert for passers-by in central Stockholm. The concert was performed by refugee and asylum seeking children from El Sistema Sweden Dream Orchestra in Gothenburg. I was in charge of the event planning, took photos, wrote an accompanying story and supervised the production of the video which gained worldwide recognition and was screened by BBC and other international media outlets.