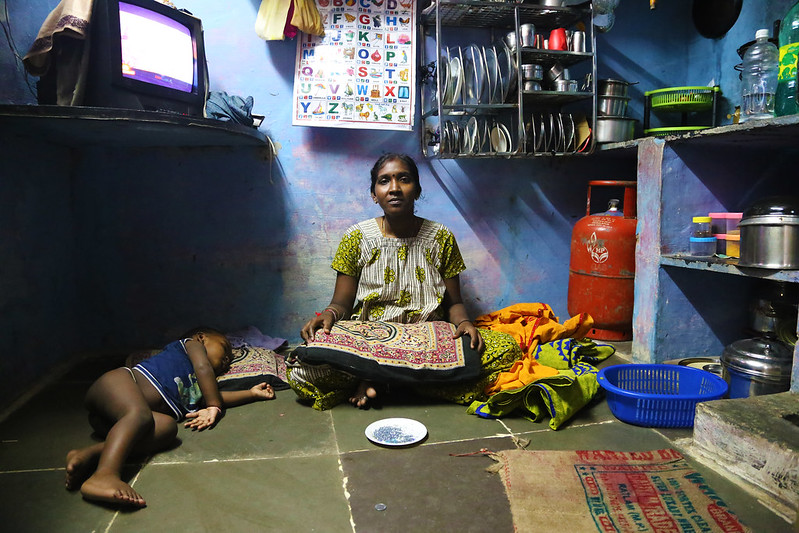 After sharing so many photos from India and my other travels recently, I would like to once again explain my relationship to taking photos of people, and how I experienced the attitude towards portraits in India.

The photo above is of a young woman who lives in the Dharavi slum on the outskirts of Mumbai, also famous as the “Slumdog Millionnaire” slum from the movie with the same name. She works for a non-profit women’s organisation for which she embroiders sequins and beads onto pillow cushions, dresses and other fabrics that are then sold abroad. One pillow cushion can take her about two hours to work on, she will work about eleven hours a day, and what she earns from the work is just enough to cover her expenses and provide the right nutrition for her little son, her first one. This young woman told me about the organisation she works for and how she is thankful for being able to provide for herself and her child, we spoke about her priorities for a while while she kept on working, and then she asked if I would like to take a photo of her.

That’s right. She asked. And often, especially in India, people are very happy to have their photo taken and don’t consider it intrusive, especially not after a proper talk. On the contrary, it’s an honor to be captured in an image together with what values most to you.

Photography can be a very powerful tool and it often takes a serious amount of consideration on my part whether I want to share an image or not, and how the person in it is portrayed. Vulnerability in images is a sensitive matter with many layers – and unfortunately very often based on the prejudice and expectations of the beholder. I will not state that people who live in the Dharavi slum and many other areas of Mumbai aren’t in a particularly exposed and vulnerable situation, nor that a person who already feels empowered shouldn’t have access to better opportunities – but if we take the woman above as an example, and many other faces I recently have shared on this page – I would like to insist that you look at the image again, and see the fact that she is very proud of having her own one-room apartment, a tv, a healthy little son who she can spend her entire days with, and an income she is in total control of.

Now look at the image below, and imagine the huge smile the girl had on her face while pulling on my skirt to have her picture taken, just before she exposed her most natural of faces for me – and see the sincerity and beauty in it instead of feeling any sort of pity.

Seriuosly, pity is a serious insult when not asked for. Don’t you even dare. 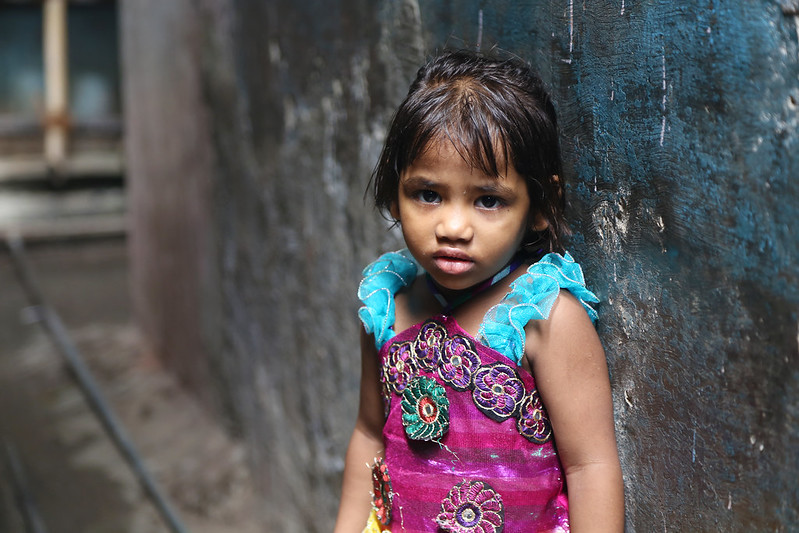