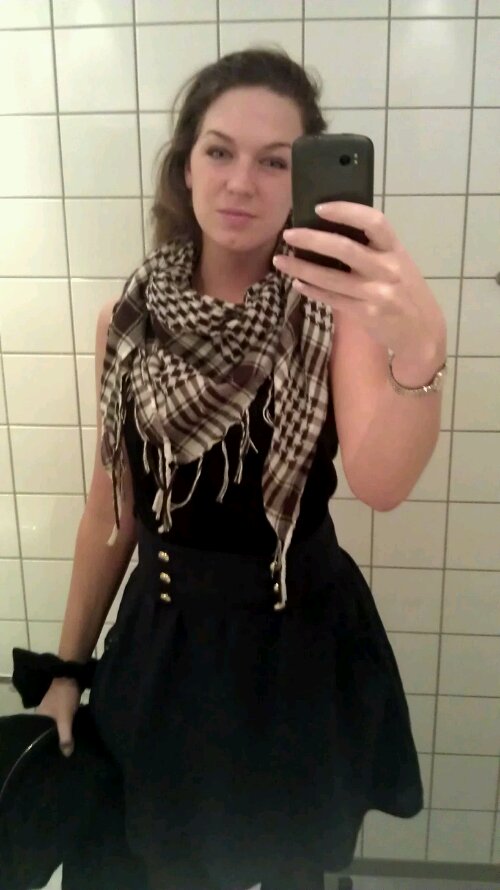 I once met people in Palestine who dreamt about and fought for a free Palestinian state. I was by their side during demonstrations, I followed their struggle and listened to horrifying stories about their realities. I also met people who said they were afraid of how a suddenly free Palestine would affect them. The problems with corruption and instability was too present in their realities in order for them to feel that they would be able to trust a Palestinian authority. “Our Palestine is not ready” they said, “first we need to get rid of all the criminal minds and make sure that Hamas won’t be in charge on this side like they are in Gaza..”

Israelis are cautious and sceptical, their access to information is somewhat different than ours and many are afraid the first step the Palestinian authority will be taking after having a free state is going into war against Israel. People I have recently spoken to in Israel said they support a Palestinian state but that the time isn’t right at the moment as many things are still to be settled and agreed on before moving on.. as a solution without the approval of Israel is bound to fail. My question is when that approval and move would happen as this intractable conflict never seems to be moving in the right direction and that the excuse seems to have been used so much it no longer is legitimate. But still, I have seen and understood the fear of the people in Israel, and I don’t believe fear is ever a good base for building peace. But when nothing is happening for a very long time, maybe shaking things up a little is the only way to get things to move? Either that or to make them very dangerous.

I have far too many questions about this very complex conflict in order to be able to give any real answers. I don’t really know much and it is certainly not an issue one can explain when writing a small blog post on the phone without access to real sources. There are many issues that need to be emphasized and that should not be ignored, still, I choose to limit myself to the very basics here.

“I’m staying here, I don’t want two states. I just wish we could all learn how to coexist..”

If the UN says yes, Palestinians celebrate, the Palestinian authorities choose to treat violence and corruption seriously and Israel finally decides to be okay with a Palestinian State.. I will be very happy. Until then, I’ll just follow the debate in Twitter and read what ForeignAffairs has to say on the matter.. and try to understand this whole issue a little better.

What do you think? Please let me know below.